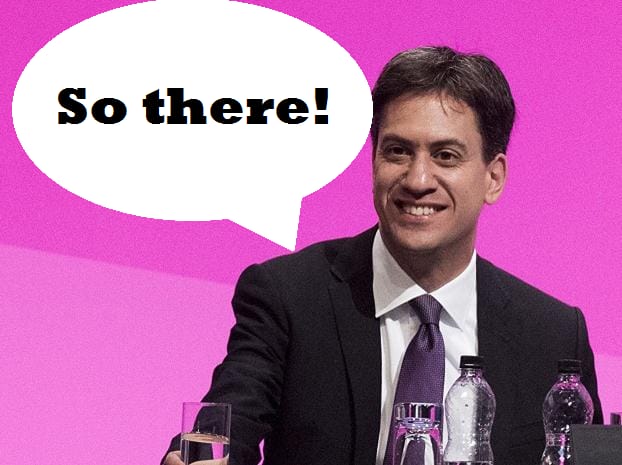 The battle of the pens heats up

The Telegraph has oft been the king of the killer front page, and yesterday’s was no exception.

It featured a list of more than 100 business leaders and a letter they’d jointly signed saying “the Conservative-led government has been good for business and has pursued policies which have supported investment and job creation”.

Their letter warned that “a change in course [of economic policy] will threaten jobs and deter investment”.

Today, Labour has hastily hit back with its own open letter of support in The Mirror, signed by its own century-strong smorgasbord of signatories spanning zero-hours contract workers, business leaders, celebrities and key workers such as nurses and fire-fighters.

The letter describes the signatories as “working people.. from all walks of life”. It asks if the country works “only for those at the very top” or “for working people – those trying to make ends meet, working in British businesses across the country to create wealth and support their families”.

It adds: “A symbol of the failure of this Government’s economic plan is the proliferation of zero-hours contracts which has helped fuel the low wage, low skill economy that is letting down working people and letting down Britain.”

Yesterday, Ed Miliband pledged to ban zero-hours contracts if he came to power.

Which party has won the war of words? Let us know what you think in comments below…

Stop the press! Ed Miliband just came across as normal in an interviewVideo

Four reasons why *that* Tory support letter might not work

Should the Tories temper their exultation?

Ed Miliband will promise to put an end to the controversial practise of employing people on zero-hours contracts if Labour wins the 2015 election.

Bad times ahead of the election