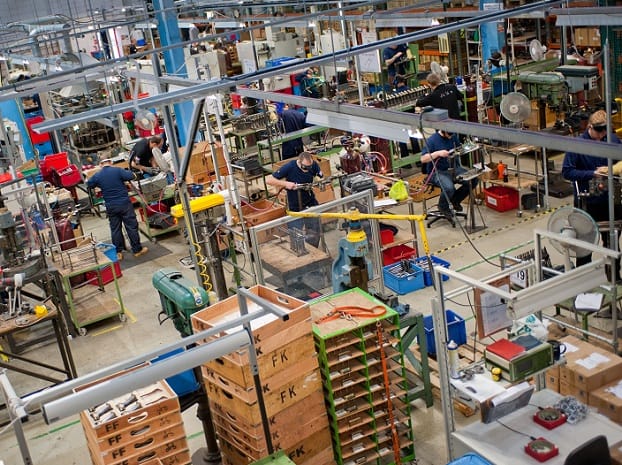 Yet another recent example of our American cousins “adjusting” the language has come out over the past few years – first we had the “verbalisation” of offshore into “off shoring” (manufacturing transferred from domestic production to overseas) and now we have “re-shoring” which has got nothing to do with insurance but all to do with bringing the stuff back home again.

The USA has been the first to see a major change in this trend as they have gone “fracking mad” with shale gas being produced at an astonishing rate – and at an astonishing cost. This has been described as a real ‘game changer’ as it can fundamentally alter the cost base for many energy hungry industries.

Now combine that with the time and cost of shipping, along with questions over IP (intellectual property) protection and certain quality controls, and a significant number of US companies have been pulling back their manufacturing from China and other eastern bases to somewhere closer to home.

So is this a uniquely US issue? Well the answer is now a clear no. Most recently we have seen Antler, the maker of those seemingly indestructible suitcases, back in the UK for the first time in twenty years. Production and assembly apparently is going to be based in Rutland. Again this has not just been an issue of manufacturing cost, but also the closeness of production allowing shorter timescales for construction and assembly runs, as well as the ability to make shorter term changes and adjustments. In a year when they are celebrating their centenary, I think this is a great message which more should be appreciating.

However, they are not alone. A quick gander at a list of well known UK names seems to show that many have had the same thought. Marks & Spencer have their “Best of British” collection (of course the “Made in UK” label used to be their standard), then we can add Fat Face, Jaeger, ASOS and Arcadia, all of whom have been increasing their UK manufacturing.
Then there is another element to this which is the number of new starts which have been beginning to make all manner of “stuff” from shirts and other garments, to engineering. I have found a number of new businesses deciding to start up in the UK rather than go to the extra effort of getting a marginal saving in the Far East – especially when you take into account all the extra costs.