Home Business NewsLegal News Is Ireland overtaking the UK as the international hub of libel litigation? 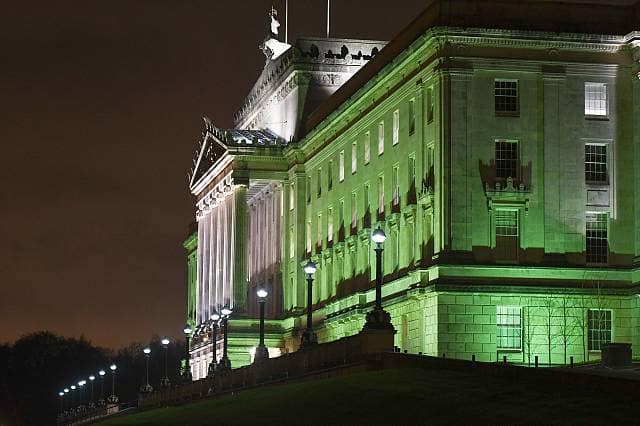 Is Ireland overtaking the UK as the international hub of libel litigation?

The UK has long enjoyed a reputation as the global capital of defamation litigation, and its libel courts were again in full view this year as London’s high court heard all the lurid details of Johnny Depp’s volatile marriage to Amber Heard. Part of the actor’s libel suit against The Sun tabloid for calling him a “wife-beater” in a 2018 article, Depp might have once expected to secure a resounding victory, he instead he lost the high-stakes case, saddling him with at least £5 million in legal costs.

Predictably, Depp has pledged to appeal, but whether this effort will lead to anything tangible remains to be seen. After all, the ruling hints at a deeper change going on in the UK’s legal environment. London courts were long reputed to favour public figures and take a tough line on media outlets, yet this has changed with the 2013 Defamation Act, bolstered by a 2019 Supreme Court ruling against two newspaper publishers that definitively established the Act had raised the threshold for what constitutes “serious harm” in defamation cases.

Any remaining doubt about where the UK is headed was wiped away in June this year, when the UK Court of Appeal delivered a deadly blow for international libel litigation, colloquially known as “libel tourism”. The judgement in Wright v. Ver – concerning London-based Australian computer scientist Craig Wright suing Roger Ver over insinuations the former had lied about being Bitcoin inventor “Satoshi Nakamoto” – will make it largely impossible for high-profile cases, including some with only tenuous connections to the UK, to be taken before British judges. This means that libel suits of the type seen between Russian oligarch Boris Berezovsky and U.S. citizen Paul Klebnikov in 2003 are likely a thing of the past.

Dublin is Taking Up the Mantle

However, prospective libel plaintiffs hoping for a welcoming jurisdiction hardly have to look very far. Just across the Irish Sea, Dublin is offering libel claimants a number of intriguing benefits. To name but a few, potential damages aren’t capped, libel trials are decided by jury, and the burden of proof is lower than that of the UK. As solicitor Mark Stephens put it, “The claimant generally wins in Dublin and the cards are stacked in their favour, however undeserving they might be. If you have a libel case you don’t think you’ll win in the US or your home jurisdiction, Ireland is where you’ll go”.

An interesting example is the longstanding dispute between the management of the Russian ammonia plant Togliattiazot (TOAZ) and its minority shareholders. The Irish segment of the corporate conflict kicked off back in 2010 when the Russian company filed a defamation suit in Irish courts, seeking redress for fraud claims which its Irish-domiciled minority shareholder Eurotoaz had made against TOAZ management in Russia.

However, despite the advantages given to defamation plaintiffs under Ireland’s legal system, including the relaxed burden of proof, the case stalled out for years as TOAZ failed to provide evidence that Eurotoaz’s claims were untrue. In 2019, the Irish court allowed the ungainly plaintiff to withdraw its own proceedings for good, with no opportunity to re-file.

The dismissal, however, was not before ToAZ’s beneficial owners and managers exploited, yet again, their foothold in Ireland. The motley assortment of characters including father and son duo Vladimir and Sergei Makhlai, who were convicted of fraud and embezzlement by Russian courts and sentenced in absentia to up to nine-year prison terms, initiated another claim before the High Court in Dublin via their offshore mailbox companies against the plant’s minority shareholders, arguing that the Russian criminal investigation and judgment were entirely unfounded.

Searching for the Irish connection

Whether the Makhlais will be able to furnish the evidence they failed to present in the previous defamation case remains to be seen. But clearly, deploying wafer-thin jurisdictional links to Ireland has thus far allowed artful claimants to litigate against their opponents in a forum of their choice that is more likely than the natural forum to provide a favourable outcome.

For instance, famous American life coach Tony Robbins used the Irish High Court in 2019 to hit back at online news website BuzzFeed for running an exposé with lurid allegations that, at age 25, the self-help guru sexually assaulted a minor at a summer camp.

The choice of legal venue understandably caused confusion and controversy, given that BuzzFeed is headquartered in New York and merely 0.5% of the news site’s traffic comes from Ireland. BuzzFeed accused Robbins of abusing the Irish court system to sweep the scandal under the rug – an argument not easily dismissed, particularly in light of Robbins’ perhaps tellingly selecting a solicitor specialised in helping foreign celebrities win libel cases that are not obviously connected to Ireland.

Denying that he wasn’t shopping around for a favourable libel jurisdiction, Robbins instead argues that Irish courts were a logical venue for the BuzzFeed case because the stories in question had widely been shared on Twitter and Ireland hosts Twitter’s European operations. Although expert commentators have been less than convinced by the Twitter argument, it highlights how Ireland’s libel laws can be easily exploited – and how the strangest cases make it before Irish courts thanks to more than spurious reasons.

Irish commentators have predicted that libel tourism could become the country’s “newest cottage industry”, even if London isn’t completely out of the picture yet. Depending on how hard the UK’s crashing out on December 31 will be, the country’s politicians may think it necessary to make London interesting for wealthy international plaintiffs again. In the meantime, however, Ireland is up and coming – and could eventually become Europe’s one-stop shop for libel claims.