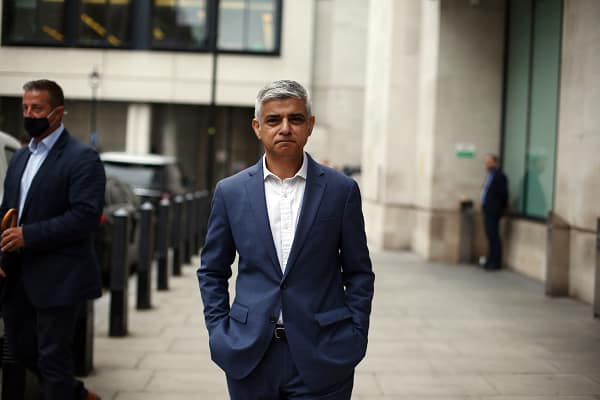 The Mayor of London, Sadiq Khan, has today set out his plans to protect and improve London’s vital public services by increasing council tax to help fill the funding gap left by the Government for policing, transport and the London Fire Brigade.

Publishing his draft budget for the Greater London Authority Group, the Mayor will announce that, as expected by Government, he’s planning to increase council tax by £15 for an average ‘Band D’ property in 2023-24 to specifically invest more in policing. This will raise an additional £29.3 million, which will go directly to the Metropolitan Police Service to fund 500 additional Police Community Support Officers (PCSOs) to work in local neighbourhoods disproportionately impacted by crime.

The additional police funding by the Mayor will increase the number of PCSOs in London by around 50 per cent – taking the total number of PCSOs in the capital to more than 1,500 and reversing a decade of falling PCSO numbers caused by Government austerity. These Sadiq-funded extra PCSOs will serve as a visible police presence to help reduce crime further, make London safer and rebuild community relations and public trust in the police.

The new Commissioner has set out how the Met needs an additional £827m a year to have the same real-terms per-head budget as in 2010-11. After a decade of austerity, Ministers are still refusing to provide the full investment in policing London desperately needs.

According to the Home Office’s own review, Government funding for the Met’s capital city policing duties is currently short by £159m.  Over the last six years, the Mayor has had to step in to fill the gap as much as possible by investing record amounts from City Hall to support the police. This has enabled the Met to put 1,300 more officers on the streets, expand neighbourhood policing and has helped elevate police officer numbers to the highest level in history. Overall, violent crime in London is now falling, bucking the national trend. But the level of violence remains too high and the Mayor is determined to use his budget to continue making progress by investing more in the police as well as programmes to tackle the complex causes of crime.

The Mayor has managed to protect transport services for Londoners by navigating TfL through the financial crisis caused by the pandemic.

However, TfL has been left with a significant funding gap and, on top of further stretching savings targets, City Hall is required to raise over £500m a year from new sources as a condition of the emergency government funding deal – with Ministers explicitly proposing that the Mayor does so by raising council tax.

This means that, as previously announced, the Mayor has been left with no viable alternative but to plan to increase council tax by £20 next year for transport, as approved by the Government, to ensure services are protected and that London can maintain a world-class transport network.

An additional £3.55 will also go to the London Fire Brigade to ensure it can continue to respond quickly to major fires and make the changes needed after the Grenfell Tower Inquiry.

This means that the Mayor is proposing to increase his share of council tax bills for an average ‘Band D’ property by £3.21 a month (£38.55 a year) from April. An average household will pay £434.14 a year. Almost half of London households are in Bands A to C and will therefore pay a lower amount of council tax.

The Government set strict conditions in the recent emergency funding agreement with TfL so the Mayor is indicating the fares on TfL services will have to increase by 5.9 per cent on 5 March 2023 – in line with the Government’s increase to national rail fares.

The Mayor froze TfL fares for five years from 2016 to 2021, saving Londoners hundreds of pounds each year and helping to encourage public transport use. If the Mayor had chosen not to freeze fares set by TfL and instead increased them in line with inflation, they would have risen by 12 per cent between 2017 and 2020 inclusive. Had there been no fares freeze, this would have meant that a Pay As You Go bus fare in 2023 would be £1.90 (rather than £1.75) and a Zone 1-6 peak Tube fare would be £6.50 (rather than £5.60).

The Mayor of London, Sadiq Khan, said: “The last thing I want to do is increase council tax at a time when many household budgets are stretched, but the Government’s refusal to provide the funding our city needs means I’ve been left with no viable alternative but to help plug the gap by raising council tax by £3.21 a month. This will ensure we can protect and further improve our vital frontline public services, including the police, transport and the London Fire Brigade.

“Bearing down on violent crime and making our city safer for everyone remains my number one priority. The extra funding for the police will go directly towards putting an additional 500 Police Community Support Officers into neighbourhoods across London. This will help us to build on the progress we’re making to reduce violent crime in London.

“I froze TfL fares for five years from 2016 to make transport more affordable for millions of Londoners. But my hands have been tied since the pandemic by the strict conditions set by the Government in the recent emergency funding agreement for TfL, which means fares have to be increase in London by the same amount as national rail fares – 5.9 per cent.

“This is a challenging time for our city, with a Government that is not fully funding our public services, but I’m determined to step up so that we can continue building a greener, safer and fairer London for everyone.”

The overall level of fares set by TfL are proposed to increase by an average of 5.9 per cent, with a slightly larger rise for Tube Pay As You Go fares within Zone 1, which will increase by 30p. This is in order to keep costs as low as possible for Londoners travelling from outside Zone 1 into the centre for work, and for those using public transport in outer London – where car use tends to be higher – as journeys solely within Zone 1 are more likely to be made for tourism or leisure.

In addition, the Mayor has confirmed that the temporary travel time restrictions on 60+ Oyster and Older Person’s Freedom Passes, introduced due to Government conditions, will have to become permanent from today, Wednesday, 18 January. TfL were also having to consider a proposal to increase the age of eligibility for the 60+ concession on a phased basis so that the start date of eligibility would increase incrementally by around six months every year.

Today the Mayor has confirmed funding from City Hall will be used prevent this change and protect the concession for Londoners over 60. These changes to the London concessions will still mean that the offering in London remains more generous than that available to older people across England, as well as for under 18’s.