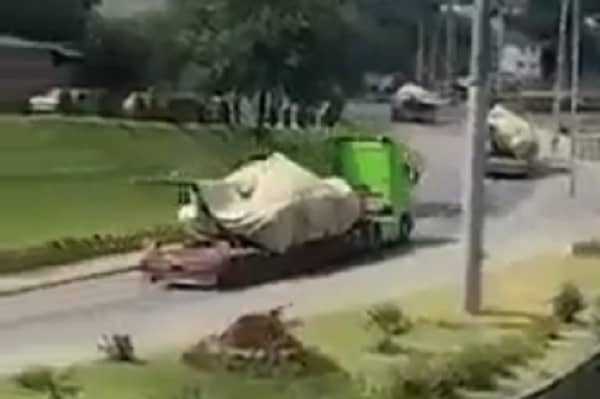 This information was confirmed following reports in social media showing the footage of a column of military equipment, according to rts.rs.

rts.rs said on Friday, “On Thursday, a convoy of Macedonian tanks headed for Ukraine, the Defense Ministry confirmed, saying they were ‘third generation’ tanks from a battalion that would soon be disbanded.

“The footage shows several tankers with tarpaulin-covered vehicles, however, the Ministry of Defense did not specify how many tanks are heading to Ukraine.”

#Ukraine: North Macedonia 🇲🇰 decided to donate its tanks to Ukraine – this was confirmed by the country's Ministry of Defense.
Macedonia possesses ~30 T-72A tanks, with at least 8 of them known to be currently being transported to Ukraine. pic.twitter.com/VhEHoff6gw

They specified that the Macedonian army has 31 tanks of this type in service and the tanks were provided to Skopje authorities by Russia in 2000.

The publication stated, “In fact, the Macedonian Ministry of Defense explained the decision to transfer the tanks to Ukraine free of charge by the assessment that these vehicles will become uncompetitive in a few years, and also by the fact that they will soon be replaced by modern ones.”

Soaring inflation affects everyone, including those in receipt of a pension income. Not all …

The cost-of-living crisis is hitting retailers hard, but...