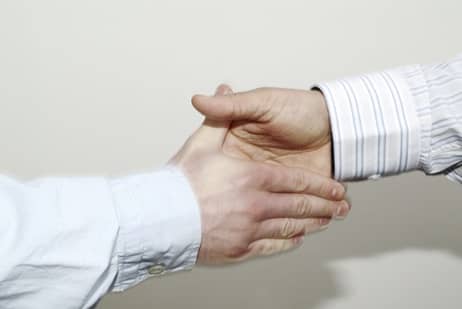 Five successful business partnerships and why they worked

As you should know, businesses often cooperate to get the best results. This gives them the ability to reach new customers. It also lets them develop relationships that could be very beneficial in the future. Many partnerships have been terrible ideas from the start. However, many business partnerships that have proven to be successful. Within this guide, you will learn about five of them.

First and foremost, you should take a look at the business partnership between Pokemon and McDonald’s. When Pokemon Go was released several years ago, it was a commercial success. Everyone was playing this game. Well, McDonald’s decided to get in on the action. They offered unique creatures in their stores. This encouraged people to visit their local McDonald’s and they probably bought items while there as well.

As you should know, you can now buy an HBO subscription from Amazon. This has been very successful for both companies. Amazon was eager to get people to use their streaming service. The service was pretty impressive to start with. However, it got better when it started offering HBO. This has also given HBO the ability to reach Amazon subscribers and users. Suffice to say, this will give both companies the ability to increase their reach and revenue.

While you’re at it, you should know that KFC and Cheetos are now working together. If you go to KFC right now, you can buy a chicken sandwich that is overflowing with Cheetos. This is a cool concept and it has proven to be very effective. People are rushing off to KFC to buy the sandwich. It also became a social media sensation. Why was this a successful partnership? Well, both companies are in the food industry. This means that they cater to the same needs. This made the partnership effective and successful.

Next, you should know that Hulu has always been a partnership between several companies. Comcast has been involved from the beginning. Originally, the company was working with NBC Universal and News Corporation. This has changed in the past few years. Now, the streaming service is owned by Walt Disney and NBC Universal. All of these companies are involved in the media industry. It is only right for them to work together. And, they did so very successfully. This gave them the power to compete with the bigger streaming services like Netflix and Amazon.

Finally, you should know that Microsoft recently teamed up with First Solar. The two companies worked together to power a data center with solar in Arizona. The project was ambitious and it proved to be effective. After all, Microsoft needs that data center to power games like Joker123 and others. However, they want to power it in a safer, greener way. This is why they teamed up with First Solar. It made it possible to power the data center without needing to use sources that would be harmful to the environment. Solar proved to be the perfect solution and the data center was a major success.