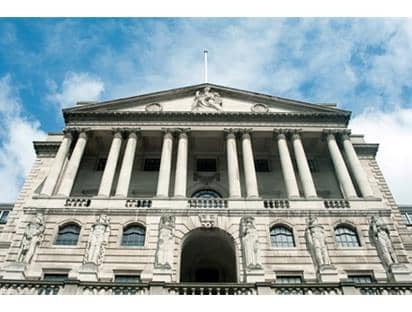 Conflicted thoughts on the Bank of England rate hike

It seems widely accepted that the Bank of England’s (BoE) Monetary Policy Committee will agree to raise the UK’s base rate by 25 basis points  to 0.5 per cent on Wednesday. Whether it is too soon, or the wrong decision, doesn’t appear to have been discussed at any length, but perhaps it should.

Monday’s data showing a sharp rise in consumer credit would certainly suggest there is an argument for a rate hike and inflation testing 3.0 per cent would add weight to that argument; as would the technically full employment.

However, wages are still rising at a slower pace than inflation (2.1 per cent) and consumer confidence is still declining (an index reading of -10 this month and – nine last). Business confidence is also being hard hit by the interminable Brexit rhetoric ahead of any meaningful negotiations. Those stats hardly shout ‘rate hike’.

Thankfully, manufacturing has held up relatively well, but the service sector is stalling; the Service Sector Purchasing Managers’ Index (PMI) has hardly changed for six months. One of the manufacturers’ ace cards has been the weaker Pound over the 16 months since the Brexit vote, but the hint of a BoE rate hike has served to strengthen the Pound again; and that will have an organic dampening effect on exports. The counter-balance is that a stronger Pound also holds down the cost of imports and therefore inflation.

So, it could well be argued that the case for higher UK interest rates is no more than a 50:50 call and the markets are overplaying the chances of the BoE making that pre-emptive move on Thursday, perhaps the probability of a rate hike is not as strong as many believe?

If the BoE chooses to wait a little longer, personally I wouldn’t be at all surprised, but I know a lot of traders who have bought Sterling ahead of that decision will be. That makes the Pound vulnerable to a sharp drop in value if the BoE doesn’t hike the base rate and that is a risk that really should be managed.