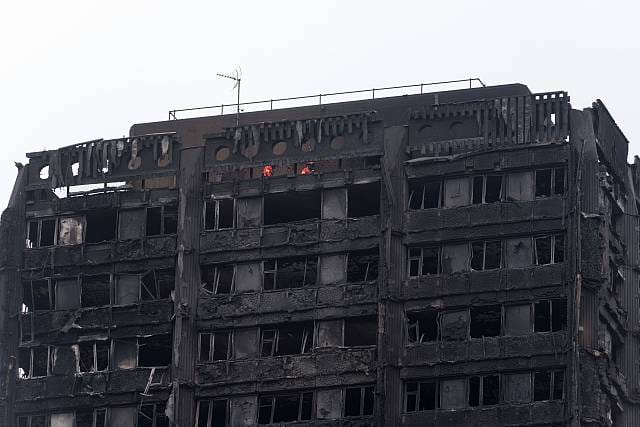 Black said that wants to focus on the public enquiry to the inferno that took place, and “concentrate on assisting with the investigation and inquiry.”

Labour councillor, Robert Atkinson has called for the resignation of the cabinet and the council leader, Nicholas Pagent-Brown and accused them of “hiding away.”

Yesterday’s shambolic and chaotic meeting was rebuked today by Downing Street, as a spokesperson said: “Access to democratic process should be always easy and that is vital to maintain confidence in the democratic system.

Atkinson said this after Pagent-Brown, said Thursday: “I think it’s extraordinary this idea that the authority is now going to have no substantive discussions in public about the fire between now and the end of the inquiry for fear of prejudicing the inquiry.

“I’ve been reporting on local authorities for over 30 years and I’ve never seen an authority behave in this way in these sorts of circumstances.

“I think there’s a real need by the authority and other agencies in dealing with this to be as open as possible.

“Clearly there are feelings and rumours and stuff going on social media saying there is a cover up.

“If they want to counter those rumours… the last thing they should be doing is holding the meetings in private and then cancelling them so they aren’t open to public scrutiny.”

Despite the fact the: “High Court ruled it should have been open and they should have respected high court decision.”

A campaigner, Sue Caro who is with the group, Justice for Grenfell said the response is “disgraceful” by the council.

Speaking to Sky News, Caro said: “I think the community is not particularly surprised by the actions of the council because it’s more of the same.”

“The community has been disregarded and ignored by the council for years.”