Home Business NewsBusiness Burberry on the up despite pandemic pain 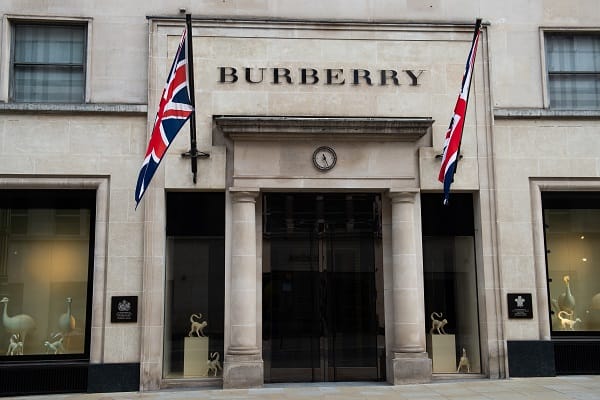 There’s a lot to like in Burberry’s latest trading update. Not least the improved margins which are driving guidance for a much larger than previously forecast increase in full-year profit.

As we emerge from the pandemic and people start to socialise and travel more it appears the wealthy are lapping up luxury items, with Burberry the latest name in this space to report strong trading.

The company’s ability to drive full price sales is also testament to the appeal of its offering and a feather in the cap for its creative director Riccardo Tisci.

“Burberry is demonstrating its ability to appeal to new and younger consumers which is absolutely critical to the future of the business. And it is selling lots of big-ticket items like leather goods and overcoats,” said AJ Bell’s Russ Mould.

“Geographically, it is notable that its performance in the Americas remains strong and the easing of restrictions elsewhere have helped sales recover in Europe and Asia.

“All of this has been achieved without a full return for the tourism which benefits Burberry’s airport concessions but also its stores in popular destinations in Europe and elsewhere as Asian tourists buy items as part of their trip. The company will be hopeful of this trade returning to some extent in 2022.

“This should help get ex-Versace man Jonathan Akeroyd off to a good start when he takes over from Marco Gobbetti in a few months’ time.

“Akeroyd will want to put his own stamp on the business, but he may want to consider an ‘if it ain’t broke don’t fix it’ approach given the strategic progress under Gobbetti. Retaining the services of Tisci is likely to be a priority as will be the continued development of its online proposition.”