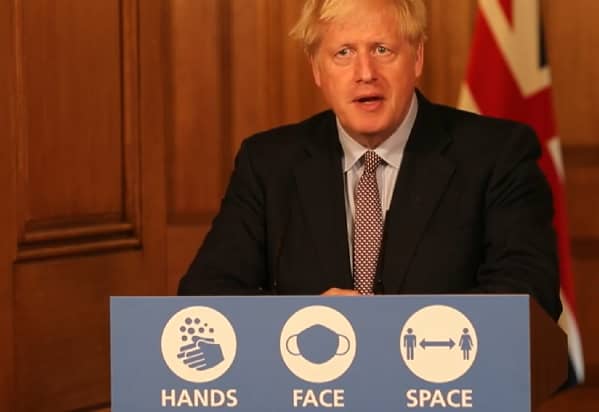 The Scientific Advisory Group for Emergencies (SAGE) documents were published by the government which backed five measures on 21 September.

The documents revealed that the top of the list was a circuit breaker lockdown with advice to work from home for that are able.

The paper also showed that the advice included, banning all contact between households, closing pubs, bars and restaurants, cafes, gyms, hairdresser and ordering all universities to teach online.

However, despite the scientific evidence, and the Prime Minister previously saying that he will follow the science, only one has been followed.

England’s chief medical officer Professor Chris Whitty broke ranks with Boris Johnson on Monday evening and warned that the three tier restrictions might not be enough.

Professor Whitty said, “I am not confident and nor is anybody confident that the tier three proposals for the highest rates, if we did the absolute base rates and nothing more would be enough to get on top of it.

“That is why there is a lot of flexibility in the tier three level for local authorities to guided by the directors of public health to actually go up that range so that they can do sufficiently more than the absolute base.

“The base will not be sufficient I think that is very clearly the professional view.”

The advice given by SAGE was, “A package of interventions will need to be adopted to reverse this exponential rise in cases. Single interventions themselves are unlikely to be able to bring R below 1.”

Adding, “A more effective response now may reduce the length of time for which some measures are required.

“The rapid rise in cases means that a raft of complementary operational response measures is even more important to reduce transmission, particularly in care homes, hospitals and other enclosed settings.”