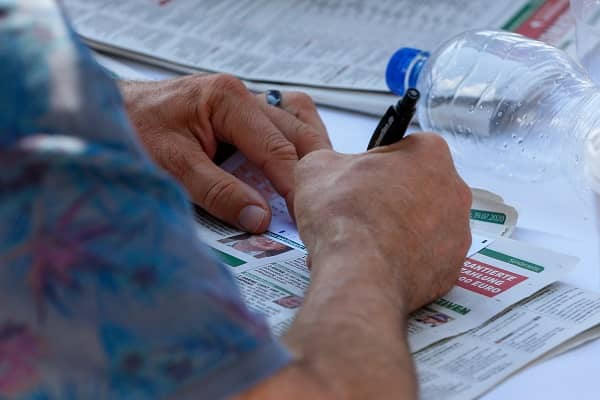 Betting industry in the UK compared to the US

In the realm of regulated betting, online sports betting in the United Kingdom is one of the most well-known. As a new and rapidly expanding industry, the sports betting market in the United States is still relatively small when compared to its European counterpart. You’ve come to the right place if you’re curious about the differences between the betting industries of the UK and US punters.

Choosing respected sportsbooks UK vs US

When it comes to choosing respectable and trustworthy sports betting websites, this provides an intriguing dynamic. In the United Kingdom, sports bettors have access to a wider range of choices for legal and regulated sports betting, both offline and online. For example, sports betting sites might advertise to certain demographics.

With just a few exceptions, sports betting is illegal in the great majority of states across America, forcing Americans who like wagering on sports to rely on offshore sites. Obviously, finding the best sportsbooks is a challenge. When it comes to finding the top online sportsbooks, US gamblers should keep a lookout for things like community or expert reviews such as this list of offshore sportsbooks available in the US with accreditation badges, and regulatory backing. Choosing a good sportsbook both in the UK/US from the get-go guarantees a better experience than just heading over to the first bookie that comes up.

One of the most notable differences between sports betting in the United States and the United Kingdom is the extensive range of sporting events on which bettors can place wagers. Within the context of this scenario, the individual sporting cultures of each participant have an obvious impact.

The fact that US players follow sports like the NBA, NFL, UFC and a variety of others can be seen in their betting patterns at bookmakers. Punters in England are more interested in traditional horse racing than the tremendously loud and proud Nascar racing in the United States, and bookies in England will put cricket, tennis, and badminton on their betting lines. Bookies that take bets on sports played in both the United States and the United Kingdom are not hard to come by.

The future for both betting industries

We can make some educated guesses about where sports betting will be heading in just a few years’ time based on the current betting landscape situation.

Sports betting in the United Kingdom has evolved in several ways. In fact, emerging countries like the United States might benefit greatly from using it as a standard.

The American side of the industry still has much to do in terms of bringing some rationality to the business.

For example, the UK’s gaming authorities have been promoting safe gambling and advertising extensively for years while the US only gave legality to these behaviors in Las Vegas.

Today new safeguards are being put in place and existing ones are being upgraded to better fit the present environment. There is a lot of focus on future-proofing the sector with these advancements.

Despite the fast expansion of the industry in places like Pennsylvania, the United States’ sports betting business is still very new, as previously stated. Some UK-based operators seeking additional prospects or less restricted operating settings have taken notice of this expanding market because of its attractiveness as an emerging market. There has been an increase in states exploring the legalisation of sports betting, as well as sports media corporations joining the bandwagon.

Whether you are a US or UK resident it’s time to “Man Up!” and enjoy the market. We live in a highly technological world which allows us to enjoy the best sports from overseas from the very comfort of our own homes. When it comes to betting both US and UK bookies are now showcasing bets for foreign sports, particularly the UK market with the introduction of US Basketball leagues and other prominent American sports such as the NFL becoming increasingly popular in the UK.