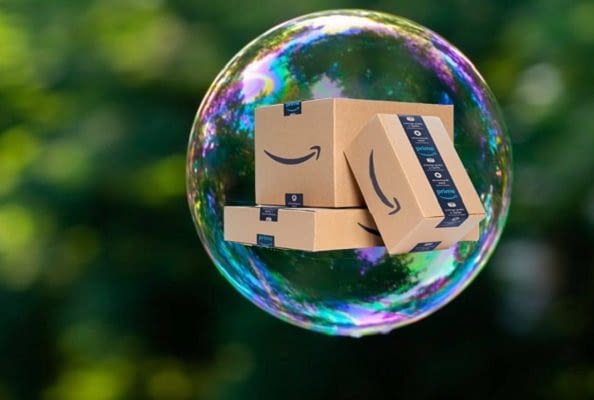 Jeff Bezos is the poster child for companies and entrepreneurs who dream big. He’s shown that having a bold idea means it is acceptable not to make a profit for years if the journey is about establishing scale to dominate in the future.

For years Amazon was criticised for not making any actual money, but Bezos’ clever game plan of recycling earnings into new ideas has really paid off.

The fact he is stepping down as chief executive of Amazon doesn’t mean he is disappearing; far from it as he is becoming executive chairman.

“The chairman’s role is to keep the chief executive in order, so Bezos will still be engrained in the business and be able to provide guidance on a range of strategic issues. He is also a major shareholder which gives him considerable influence on how the business is run,” said AJ Bell’s Russ Mould.

“Bezos is changing roles at an interesting time for Amazon. One on hand the business is firing on nearly all cylinders, with the retail and web server businesses thriving and groceries arguably still trying to find its way. Yet cloud computing is becoming increasingly competitive and Amazon is among a group of giant tech companies under the spotlight of regulators and politicians who have concerns about them wielding too much power.

“Those who have been on the journey with Bezos will be sitting pretty. Amazon floated on the stock market at $18 a share on 15 May 1997. Under Bezos’ leadership, the company has subsequently seen its share price rise to $3,380. Not many CEOs can lay claim to generating this kind of success.

“Someone who invested $10,000 when it joined the market would have been able to buy 555 shares at the time. Adjusting for three different share splits over the years, that person would now have 6,660 shares worth $22.5 million. If only we had a time machine to go back and make that trade.”