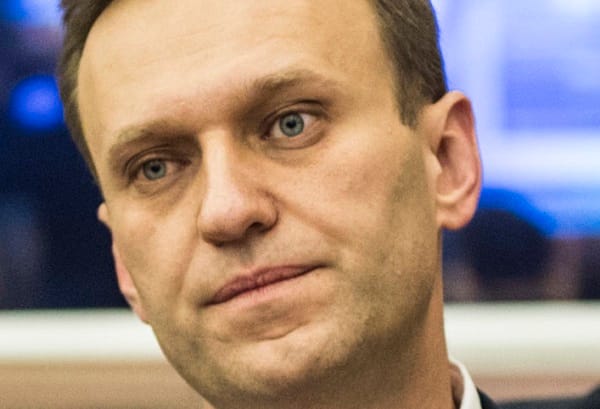 Russian politician Alexei Navalny and fierce critic of Vladimir Putin was poisoned with a “Novichock nerve agent” in his hotel room and not at the airport.

Investigators found Novichock on Navalny’s water bottle, but not inside prior to him collapsing in agony on a flight in Siberia in August.

On a flight back from Moscow to Siberia Navalny fell ill on 20 August, and was later transferred to a hospital in Berlin, Germany.

Johnson said on 2 September, “We have seen first-hand the deadly consequences of Novichok in the UK.

“The Russian government must now explain what happened to Mr Navalny, we will work with international partners to ensure justice is done.”

It is most likely that Vladimir Putin ordered the attempted murder of Navalny as Novichok is a deadly Russian nerve agent.

As usual the Kremlin denies any involvement and uses the old political line that there is “no evidence” that Novichok was used, despite other countries confirming this.

Navalny’s German medical team were sent the evidence and a post says, “It is precisely on the bottle from the Tomsk hotel room that a German laboratory found traces of Novichok.”

The text on the Instagram post, originally in Russian said, “It was decided to gather up everything that could even hypothetically be useful and hand it to the doctors in Germany.

“The fact that the case would not be investigated in Russia was quite obvious.”

German authorities have confirmed that Navalny was targeted with the deadly nerve agent Novichok, which was the same chemical weapon agent was used against Sergei Skripal in Salisbury, 2018.

World leaders have been demanding answers after Putin’s critic Navalny was poisoned with Novichok in a “KGB style attempted murder.”

German Chancellor Angela Merkel said Navalny is a victim of “attempted murder by poisoning,” with the aim to “silence” the fierce opponent of Putin.

Merkel said that “there are very serious questions now that only the Russian government can answer, and must answer” after tests detected the use of the chemical weapon, Novichok.

Merkel’s spokesman Steffen Seibert said in a statement in early September, testing by a special German military laboratory has now shown “proof without doubt of a chemical nerve agent from the Novichok group.

“It is a dismaying event that Alexei Navalny was the victim of an attack with a chemical nerve agent in Russia.”

Chris Bryant a friend of Alexei Navalny and Labour MP who sits on the All-Party Parliamentary Group on Russia told LBC, “it seems pretty clear that once demonstrations were getting going in Belarus, the Russian government under Putin was getting nervous.”

Bryant told Eddie Mair that Russia “would take action” against Navalny who is a critic of Putin.

The Labour MP said, “God knows they’ve tried many times before,” he added, “the reason the Russian doctors did not want to let him go” or allow other doctors to see him was because “he’d been poisoned.”

He told Mair that “Russia will lie and lie and lie, because that’s part of the game.”

NSC spokesman John Ullyot added, “Russia has used the chemical nerve agent Novichok in the past.

“We will work with allies and the international community to hold those in Russia accountable, wherever the evidence leads, and restrict funds for their malign activities.

“The Russian people have a right to express their views peacefully without fear of retribution of any kind, and certainly not with chemical agents.”