Home Business NewsFinance News Alessio Rastani: Why the euro is going to be trashed 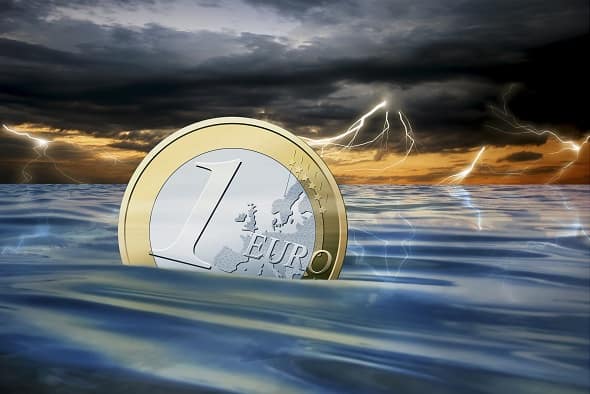 Alessio Rastani: Why the euro is going to be trashed

The fastest way for Draghi to kickstart the economy is to trash the euro, says Alessio Rastani

Last month I told you why I was betting against the euro.

Mario Draghi, the head of the European Central Bank, said in June what we were all predicting: that they were going to trash the euro.

You see, Europe has been stuck in a deflationary nightmare, and deflation is what scares the banks the most. The fastest way for Draghi to kickstart the economy is to trash the euro.

What Draghi is doing is taking a page out of the rulebook of Ben Bernanke, the former chairman of the US Federal Reserve. In 2008, Bernanke started the process of quantitative easing (QE) – or “printing money” – to stimulate the economy.  By devaluing the dollar and cutting interest rates, he sent stock prices into the bubble which it is now.

That is precisely what Draghi is doing now. In June, he cut interest rates below zero, causing the euro to get flushed down. The idea is that people will move their money out of savings and into stocks.

Draghi’s plan is to trash the euro and send stock prices higher. So far he is succeeding. Take a look at this chart of the euro:

The euro has also apparently ignored recent warnings from the U.S. Commodity Futures Trading Commission (CFTC) that institutions have been placing large bets on the currency rising.

You will also notice the numbers on above chart.  Those numbers are called by chartists as “Elliott Waves”, which show the behaviour of investors or the “crowd”.

(Note:  Elliott Wave theory states that markets usually trend in five moves or “waves”. Since we have completed wave 4 in May, we are starting wave five LOWER).  Right now, crowd behaviour is indicating that the long term trend on the euro is bearish and that we should see lower euro levels.

So here’s what you should watch out for now:

While I am bearish on the euro for the long term and I believe it is highly likely that we will see lower levels on the Euro this year, however in the short term you should expect a temporary bounce in this currency.

It is very rare for a market to break a key support level such as a major trendline (red line on the chart) and for it not to re-test that level again.

I believe there will be a temporary bounce to re-test the breakout point from 1.35 to 1.3550.  The key test is whether that resistance will hold or not.

Don’t forget that traders have placed a lot of stop-losses just around 1.36, so I would not be surprised to see those stops being taken out.

As long as the euro stays below 1.36, it is highly likely that the downward trend will continue.  But if the euro rallies and closes above 1.36, then that could put the bulls back in control and move the euro towards 1.37.

I think we will see much lower levels in the euro by December. Here’s why:

It’s time to remember the phrase: “Never fight the Fed”.  When the Fed was pumping the US stock market and dumping the doll