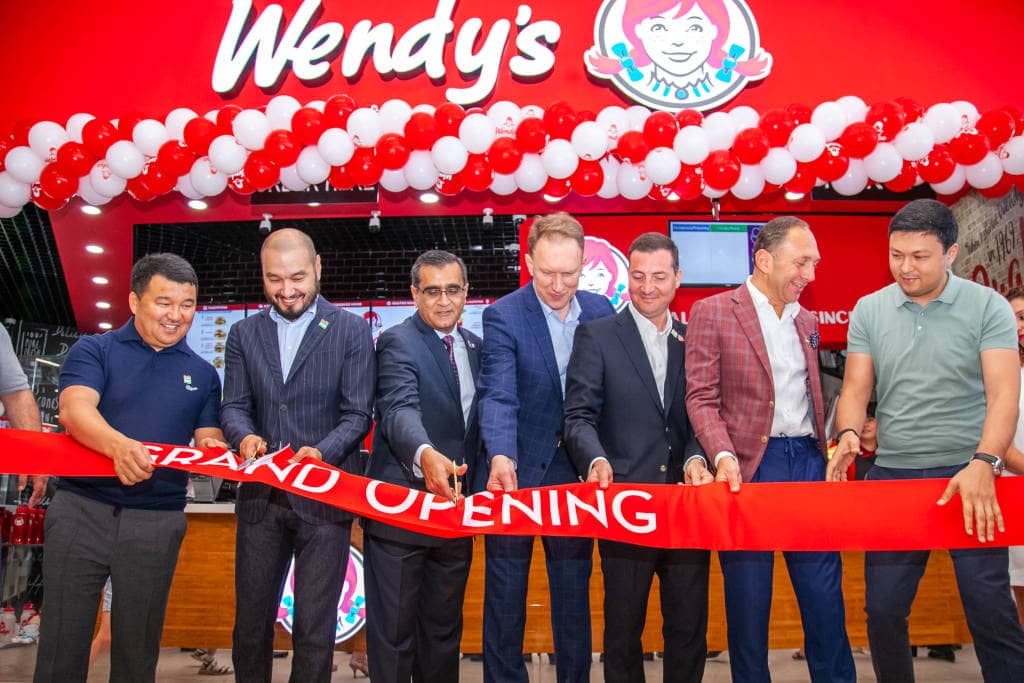 Uzbekistan is among the world’s fastest growing economies and foreign retailers are beginning to take notice.

The arrival of a Wendy’s restaurant to a new shopping mall in Tashkent is another example of the consumer-led economic revitalization of Uzbekistan. The popular American fast food chain comes to the Central Asian country through a partnership between Yerkin Tatishev’s Singapore-based Kusto Group, Georgia’s Wissol Group and a local partner. According to Kazakhstani entrepreneur Tatishev, the group plans to expand their presence with the opening of 20 restaurants across the country over the next 10 years.

A consumer-led economic surge in Uzbekistan

With the third largest population of former Soviet states, behind Russia and Ukraine, and growing prosperity giving its people increased purchasing power, Uzbekistan has demonstrated tremendous potential for consumer-led growth.

The government under President Shavkat Mirziyoyev has shifted away from the restrictive and isolationist policies of the late president Islam Karimov in favour of economic reform and a new set of tax reforms. This has created new opportunities for growth and attracted the attention of international investors. The first half of 2019 saw foreign direct investment up four-fold from the previous year.

Once considered an economic and social outcast, Uzbekistan’s transition to a free market economy has brought swift and robust change across all sectors. New reforms have opened the Uzbek market for foreign investment and development and ideas about what is considered business have evolved. Industry was once viewed as the only try economic pursuit, but today, that idea is being challenged by domestic and international companies.

The domestic retail chain, Korzinka, which has operated for nearly two and a half decades has 21 stores across the country by mid-2016. That figure has doubled to 50 in the short span of three years.

Foreign investment was once heavily concentrated on the oil and natural gas sector, accounting for nearly 70% just three to four years ago. Today, investment in other sectors has diversified and that figure has dropped to around 50% of total capital flowing into the country. Food processing, textiles and other sectors have attracted the interest of investors leading to a more balanced foreign direct investment.

The government has taken assertive steps to court investors. Uzbekistan has secured billion-dollar investment deals with Korean, Chinese, Japanese and Russia companies to manufacture cars, textiles and much more.

Western fast food staples, in addition to the Wendy’s restaurants brought to Uzbekistan by Kusto Group, have popped up around the capital of Tashkent including KFC which opened its first store at the end of 2018 and now can be found in several locations around the city. Taco Bell and Pizza Hut, also owned by the franchise giant Yum! Brands, could also be coming to Uzbekistan in the near future. And Uzbekistanis can now enjoy ice cream from the American chain, Baskin-Robbins.

Besides fast food chains, new malls have opened in the Uzbek capital of Tashkent and international retailers are beginning to set up shop offering their wares. LC Waikiki, a Turkish fashion retailer that has been expanding its presence in former Soviet Union countries, opened its first store in Uzbekistan this March.

Carrefour will likely be the first international grocer to enter the Uzbek market after Majid Al Futtaim, a company with ownership stakes in shopping malls around the Middle East, Africa and Asia, announced a partnership with AKFA, a local real estate and retail group, to open seven supermarkets and hypermarkets in the Central Asian country over the next two years.

Hani Weiss, chief executive of Majid Al Futtaim Retail, said in an official statement, “A supportive government, growing economy and high demand for a customer-centric offering like ours makes Uzbekistan a compelling fit for our expansion into Central Asia.”

Growing prosperity in Uzbekistan has led to a shift in consumption patterns with an increase in demand for more diverse and higher quality goods. However, average incomes are still lower than in neighboring Kazakhstan and Russia, and unemployment levels remain high leading many young Uzbeks to seek work abroad. Government and business leaders hope that continued economic growth will spur job creation in the country.

“Providing opportunities for the next generation is equally important. As well as supporting local producers, our two restaurants have created more than 50 well-paying jobs,” said Yerkin Tatishev. “These jobs at a respected brand will give young people at the beginning of their career the chance to gain invaluable experience and learn from high-quality managers.”

“Our project is another endorsement of a region ‘on the up’,” said Tatishev, acknowledging Uzbekistan’s market potential and the influx of new investment and the arrival of new goods and services to the emerging economy. According to the IMF, Uzbekistan’s economy grew by 6% in 2018 and even faster growth is expected with up to 8% increase forecasted in the next few years.