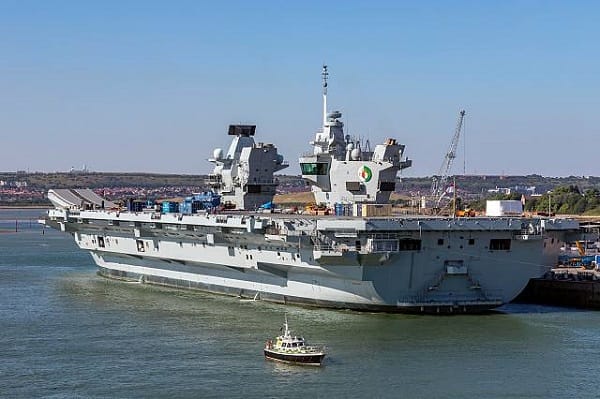 The UK’s new aircraft carrier has been forced to abandon sea trials after water leaked into an internal compartment.

The £3.1bn Naval flagship returned to Portsmouth after five weeks of sea trials and training.

A spokeswoman for the Ministry of Defence (MoD) described the leak as a minor issue with an internal system.”

The MoD added, “An investigation into the cause is under way.”

Russian warship carrying ‘one of the world’s most deadliest weapons’...

Russia accuses the ‘British Navy’ of ‘planning’ the ‘terrorist attack’...