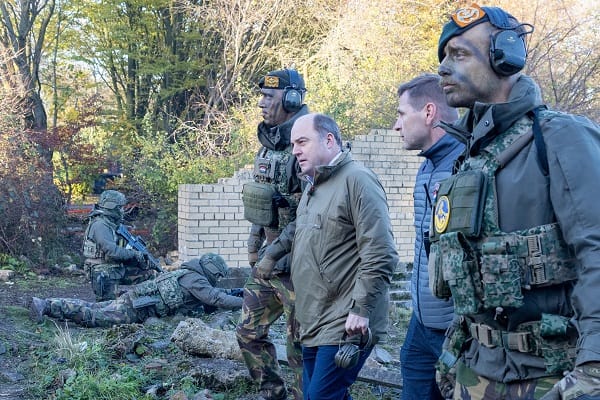 Vladimir Putin has been told by the British Defence Secretary that the UK are “in this for the long haul” and warned if he “is banking on us getting bored this year, he is wrong.”

Wallace said that the UK will continue to support Ukraine “this year, and the next year,” adding it is vital Russia understands they will be “pushed back, out of Ukraine” and sovereignty will be restored.

Retired Air Vice-Marshall Sean Bell has warned that the US could tell Europe it is now time “to step up” as they have been supplying billions in weaponry to Ukraine.

Wallace said the UK will send a further 600 precision-guided Brimstone missiles “into theatre” to help Ukraine, which comes months after an RAF plane took off from RAF Brize Norton in Oxfordshire in November.

The Brimstone missiles come after the Prime Minister Rishi Sunak confirmed the UK will send “a number of armoured vehicles” including 14 Challenger 2 tanks, which are capable of taking a direct hit from a Soviet era tank being used in Ukraine.

Wallace told a news conference in Estonia, “This will be incredibly important in helping Ukraine dominate the battlefield.”

In a further warning to Moscow, Wallace said, “We’re not going anywhere Mr Putin, we’re in this for the long haul.

Retired Air Vice-Marshall Sean Bell said that the West are nervous to provide offensive weaponry, as they fear this could lead to an “escalation” in the war.

He told Sky News, “Politically, it is almost certain that the Americans will say to Europe, ‘Look, we’ve been providing all this support and it’s time for you to step up’.”