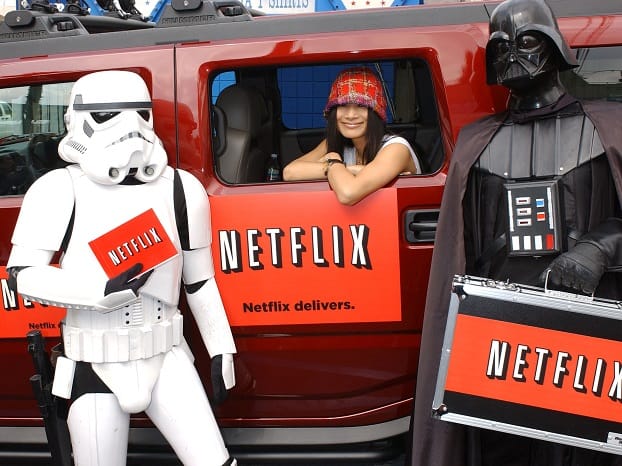 In 2018, nearly 765 million people worldwide will use a subscription over-the-top (OTT) video service, such as Netflix, or Amazon Prime at least once per month, according to eMarketer’s latest forecast. This total will represent 10.2% of the global population and 32.1% of digital video viewers worldwide.

eMarketer estimates the global subscription OTT market will grow by 24.0% this year thanks to increasing internet penetration, faster speeds and a broader shift toward internet entertainment.

The share of Netflix users among subscription OTT video service users worldwide will total nearly 44% this year. The US, where Netflix is based, will account for 44.4% of its global audience. Netflix’s popularity in its home market is partly attributed to the growing cord-cutting trend and declining interest in cable TV packages in favour of paid OTT subscriptions. We expect nearly 13% of US households will cut the cord in 2018. This is a nonissue in Europe and Asia-Pacific, where cable services are considered much more affordable.

Since the majority of Netflix’s content is in English, the company has had success in countries where English is spoken widely.

Nordics, Germany, Australia
Netflix is particularly popular in Nordic countries, where the OTT markets are very advanced and there is a high concentration of broadband access. In Germany, viewership has experienced a strong increase in the past year as Netflix released its first original German-language series and popular series like “House of Cards” and “Stranger Things” also debuted in the market. Furthermore, a lack of commercials on such subscription OTT platforms has appealed to the privacy preferences of many consumers in Germany.

Australia has the highest Netflix usage in Asia-Pacific, with the country’s strong OTT market a key factor in adoption. In addition, Netflix’s strategy to partner with telco providers has helped to grow its footprint among consumers in Australia.

France
Conversely, France has failed to adopt Netflix at a high level and ranks last in usage among countries in Western Europe. This could be attributed to consumer preference for dubbed rather than subbed content, which is more expensive and takes longer to create. In addition, French law mandates that films cannot appear on streaming services for 36 months after their theatrical release.

“Netflix is banking on an aggressive strategy to grow its international business,” eMarketer forecasting director Shelleen Shum said. “Plans to beef up local content and deals with telcos to include Netflix in unlimited streaming packages will help growth remain strong for the next two years. Amazon Prime Video, which extended its offering to many international markets in late 2016, will also be a strong competitor for Netflix in the coming years.”