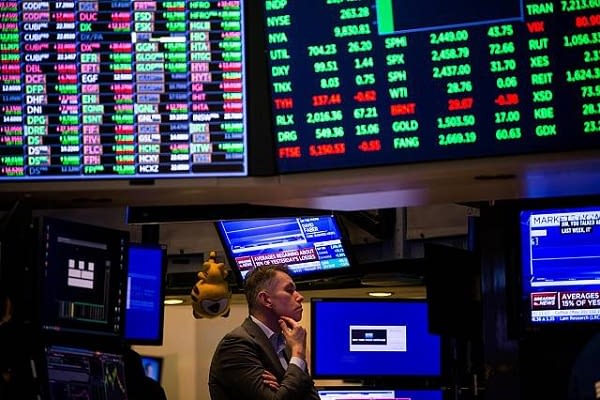 The most anticipated IPO to watch out for this week

After a rollercoaster year full of growth and some controversy, Robinhood is setting its sight on an IPO that is expected to be valued at $35bn.

With the market excited to see how the IPO will develop, Maxim Manturov, Head of Investment Research at Freedom Finance Europe, outlines what investors can expect if they choose to participate and explains why the Robinhood IPO should be on investors radars this week.

“As we reach the halfway point of the year it’s safe to say that 2021 has already been a monumental year for Initial Public Offerings (IPOs), with 636 having already taken place. However, this week will see one of the most anticipated IPOs of the year – Robinhood. The trading platform gained popularity during the pandemic among retail investors and is now setting its sights on a $35bn valuation this week. While the market is eager to see how the IPO will pan out, it’s important to outline what investors can expect if they choose to participate in the IPO,” explains Manturov.

“Founded in 2013, Robinhood  offers commission-free trading through its website and mobile app, while also allowing users to buy and sell cryptocurrencies. The rise of the trading platform has been extraordinary. Between 2013 – 2020 the platform gained 13 million users, averaging a total of one million new users per year. However, in 2021 its user base skyrocketed with an additional 6 million users joining the trading platform in the first two months of the year.

“The company’s recent growth in popularity has been down to young retail investors, predominantly millennials, who have taken a liking to the apps slick user and customer experience. It’s popularity isn’t just with young investors; a plethora of companies have also invested in the platform. In February 2021, Robinhood announced that it had raised a further $3.4 billion in an investment round featuring Ribbit Capital, ICONIQ Capital, Andreessen Horowitz, Sequoia, Index Ventures, and NEA.

Success doesn’t come without its challenges

“While Robinhood has expanded rapidly over the last year, it hasn’t come without some public backlash and regulatory scrutiny. Regulators in Massachusetts are looking to ban its citizens from trading on the app, claiming that Robinhood’s gamified investing platform caused its customers to take on too much risk, thereby failing the state’s fiduciary rules.

“However, the regulation risks are not that high. As such, Ivo Welch, a professor at the University of California (LA), published an article where he studied the behavior of thousands of traders during the bearish trend in March 2020; he came to a conclusion that Robinhood traders tend to make wise moves. During 2018-2020, investors were seen to earn good profits, which means beginners are not that weak players, after all.

“It must be noted that the company is operating in an extremely competitive market. Charles Schwab recently completed a $26 billion acquisition of TD Ameritrade. Morgan Stanley bought E-Trade. And Chinese-owned investing app WeBull is aiming to duplicate Robinhood’s approach to gamified app investing. Further still, its most direct competitors, eToro is also looking to IPO in 2021.”

Why trade this IPO?

“Robinhood created an app with its clients in mind and has a number of top features that make it stand out against its competitors, these include quick signup that requires only five minutes, no minimum number of accounts, ease of use, social touch, crypto trading, 24/7 trading and, last but not least, zero commissions.

“This focus on the customer experience has led its user base to grow significantly and weekly app downloads also skyrocketed in the first six months of 2020, which made Robinhood  the 4th most downloaded financial app, based on Sensor Tower ranking. That was the first time it made it to the top 10.

“Robinhood is also one of the fastest growing fintech start-up companies and is ranked first on CNBC’s Disruptor 50 list this year. Analysts also mention that the retail investors may start getting interested in stock trading very much again, which has not the case since the 1990s.

“As the company is changing the entire industry, other large market players have to adapt to the new conditions in order to stay on track and not to lose their clients. Investors get attracted by both new promising techs and the competitive edge that Robinhood currently has, and this is why it is the most anticipated IPO of the week.”