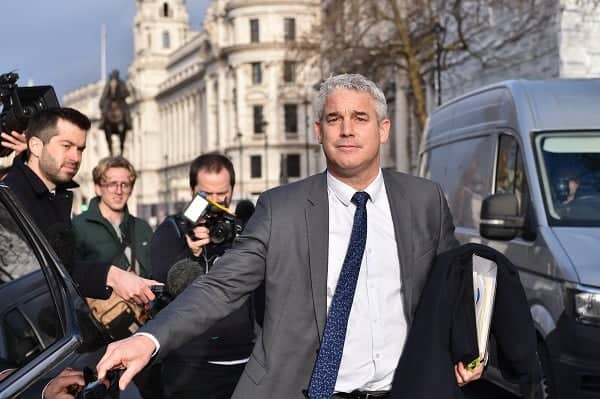 Some 45,000 members of the British Medical Association (BMA) are balloting today to vote on strike action for a 72-hour “full walkout.”

Dr Emma Runswick, deputy chairwoman at the BMA warned there is a “very high” risk of doctors voting to strike.

Dr Brunswick urged for constructive talks with Health Minister Steve Barclay when they meet on Wednesday.

She told Sky News, “Steve Barclay’s planning to meet with us on Wednesday but only to discuss a very narrow set of things.

“He’s talking about the evidence that the Government will submit to the pay review body.

“Unfortunately, they’ve already submitted their remit letter to the pay review body telling us and them that we only should receive 2% next year.

“So, that’s another massive pay cut after we’ve had a pay cut this year, and for the previous 15 years.

“Again, another pay cut on top of the quarter pay cut we’ve already received, so I’m not optimistic … about the meetings, though we will go and we will negotiate if that is an available option to us.”

Doctors are wanting to see a health service “where we can give the care that patients deserve,” she said.

Dr Brunswick added, “We can’t do that at the moment because we are losing staff hand over fist either to other professions or to abroad, and there are a whole number of reasons for that, but pay is a significant one.

“I’ve got a colleague who’s gone to Australia, she’s doing fewer hours than I am and she’s earning 1.7 times as much.”

She said conditions in the NHS were very difficult at the moment, with beds pushed up against fire escapes and patients treated in corridors.

Asked if junior doctors were asking for a 26% pay rise, she said: “We’re asking for the reversal of that pay cut (over the last 15 years).

“So, mathematically, it might even be more and if we have another pay cut this year, it’ll be more again. So, we’re only asking for what we’ve had cut from us back.”

A Department of Health and Social Care spokesman said, “We have also invested an additional £90 million to provide the most experienced junior doctors with higher pay, increase allowances for those working the most frequently at weekends and increase rates of pay for night shifts.

“The Health and Social Care Secretary wants to have an honest conversation with unions – including the BMA – about what is affordable in pay settlements for next year during these challenging times, and has invited them to discuss as soon as possible.”