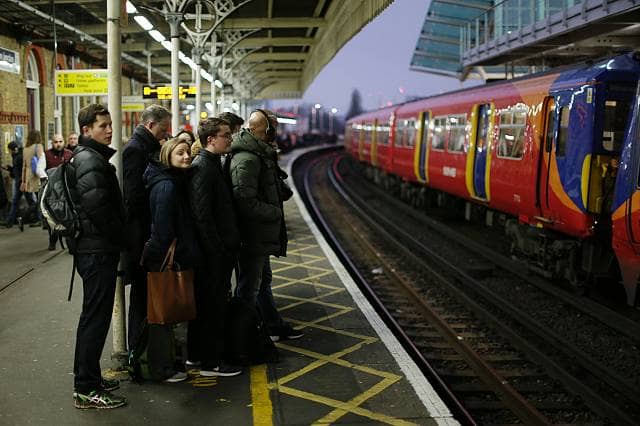 The chaotic rollout of the national rail timetable change on 20 May 2018, must be the catalyst for genuine change for people who rely on the railways, say MPs on the Transport Committee.

Changes to the national rail timetable occur each May and December and are often relatively minor tweaks. In May 2018, following major infrastructure works, an unprecedented timetable change of around four times the typical scale was planned, involving 43,200 individual changes and affecting 46% of passenger services. The implementation was chaotic and resulted in a prolonged period of intensely inconvenient, costly and potentially dangerous disruption for passengers across the north of England and in London and the south.

Published today, Rail timetable changes: May 2018, concludes the crisis was partly due to the ‘astonishing complexity’ of a fragmented railway in which interrelated private train companies, operating on publicly-owned and managed infrastructure, have competing commercial interests. This complex system could not cope with the scale of the changes.

There was a collective, system-wide failure across Network Rail, the privately-owned train operating companies, the Department for Transport and the Office of Road and Rail. Governance and decision-making processes were not fit for purpose, says the Report. The Committee endorses the key conclusion of the inquiry led by the Chair of the Office of Road and Rail, Professor Stephen Glaister, that ‘nobody took charge’.

Only the Secretary of State had the ultimate authority to judge the trade-offs between competing commercial interests and could step in to avert the crisis by halting implementation, but he was not given all the information he required to make that decision. However, the Committee concludes Mr Grayling should have been more proactive and that it is not reasonable for him to absolve himself completely of all responsibility. He has since announced a much broader ‘root and branch’ review of the rail industry, intended to result in a White Paper by Autumn 2019, with reforms to be implemented from 2020.

Chair of the Committee, Lilian Greenwood MP, said: “It is extraordinary, and totally unacceptable, that no-one took charge of the situation and acted to avert the May timetabling crisis. Instead of experiencing the benefits of much-needed investment in our railways, around one in five passengers experienced intensely inconvenient and costly disruption to their daily lives. There was extraordinary complacency about protecting the interests of passengers, who were very badly let down.

“The complex system by which we operate our rail services failed to cope with the scale of change planned for May 2018. The Secretary of State has announced a year-long independent rail review, to be conducted by Keith Williams. While the need for fundamental reform is beyond doubt, passengers cannot wait until 2020 for key lessons to be learned and reforms implemented.

“Friday’s announcement of fare rises averaging 3.1% in 2019, which came after we had agreed our Report, adds insult to passengers’ injury. We recommend that 2018 season ticket holders most affected by the timetabling crisis receive a discount on their 2019 season tickets equivalent to the increase announced on 30 November.”

The Committee concludes that national rail timetabling requires genuinely independent oversight, following accepted principles of professional project management, including the appointment of an independent Project Sponsor or Senior Responsible Owner for the whole national timetabling project. Its strong view is that this role would need to be located outside Network Rail, so that it is more effectively insulated from commercial and political pressures.