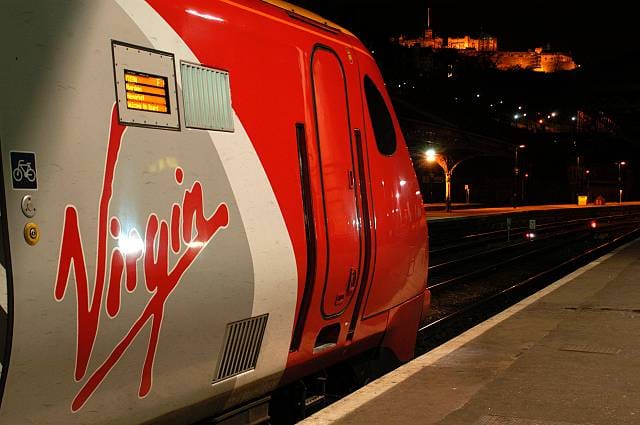 Sir Richard Branson the boss of Virgin has said his train business could disappear from the UK, after Stagecoach was banned by the Department for Transport (DfT) from three franchise bids.

Sir Richard said he was “devasted” by the disqualification, Stagecoach own 49% of Virgin trains.

Writing on his blog site, Sir Richard said Virgin Trains “could be gone from the UK in November.

“We’re baffled why the DfT did not tell us that we would be disqualified or even discuss the issue – they have known about this qualification in our bid on pensions for months.

“The pensions regulator has warned that more cash will be needed in the future, but no one knows how big that bill might eventually be and no responsible company could take that risk with pensions.

“We can’t accept a risk we can’t manage, this would have been reckless. This is an industry-wide issue and forcing rail companies to take these risks could lead to the failure of more rail franchises.”

Martin Griffiths, chief executive of Stagecoach said in statement, “We are extremely concerned at both the DfT’s decision and its timing.

“The department has had full knowledge of these bids for a lengthy period and we are seeking an urgent meeting to discuss our significant concerns.”

He added, “Forcing rail companies to take these risks could lead to the failure of more rail franchises and cannot be in the best long-term interests of either customers, employees, taxpayers or the investors the railway needs for it to prosper.”

A DfT spokesman said: “Stagecoach is an experienced bidder and fully aware of the rules of franchise competitions. It is regrettable that they submitted non-compliant bids for all current competitions which breached established rules and, in doing so, they are responsible for their own disqualification.

“Stagecoach chose to propose significant changes to the commercial terms for the East Midlands, West Coast Partnership and South Eastern contracts, leading to bids which proposed a significantly different deal to the ones on offer.

While Stagecoach has played an important role in the UK railways industry, “it is entirely for Stagecoach and their bidding partners to explain why they decided to repeatedly ignore established rules by rejecting the commercial terms on offer.”