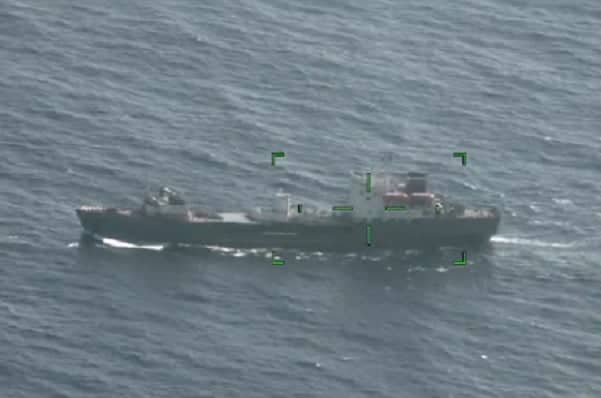 The US Coast Guard are monitoring a Russian “intelligence gathering ship” off the coast of Hawaii and they have confirmed the vessel is under surveillance.

This comes as tensions are at an all time high between Washington and Moscow as the White House continue to provide military aid packages worth billions to Ukraine.

The US Coast Guards’ Chief of External Affairs, commander Dave Milne said in a statement, “The US Coast Guard is currently monitoring the Russian vessel operating in the vicinity of Hawaii.

“As part of our daily operations, we track all vessels in the Pacific area through surface and air assets and joint agency capabilities.

“The Coast Guard operates in accordance with international laws of the sea to ensure all nations can do the same without fear or contest.

“This is especially critical to secure freedom of movement and navigation throughout the Blue Pacific.”

They added, that action was immediately taken after the “foreign-flagged” ship was spotted “loitering” off the US coast.

The statement continued, “While foreign military vessels may transit freely through the U.S. economic exclusive zone (EEZ), as per customary international laws, foreign-flagged military vessels have often been observed operating and loitering within Coast Guard District Fourteen’s area of response.”

Pentagon spokeswoman Sabrina Singh said, “I can’t speak to why the Russians are sailing the ship right now, it’s kind of precarious timing.”

She added, “We haven’t seen any unsafe or unprofessional behavior and we expect that the Russians will operate within the region in accordance with international law.

“US Indo-Pacific Command is monitoring the Russian vessels operating in international waters in the Western Pacific,” the Pentagon said in a statement.

“As Russia operates within the region, it is expected to do so in accordance with international law.”