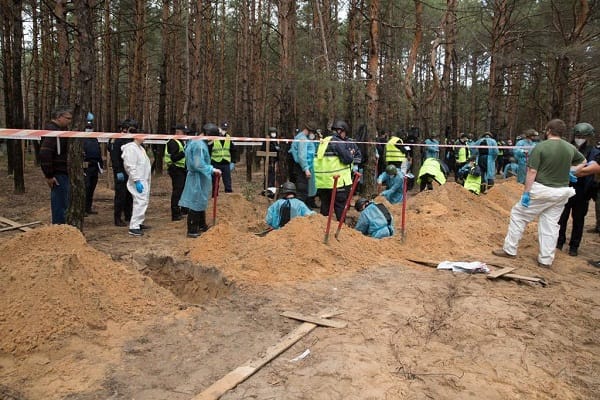 World leaders are being called to recognise Russia “as a state sponsor of terrorism” and if they do not then this will “be a betrayal” for all those who perished at the brutal hands of the Russians.

President of Ukraine Volodymyr Zelensky said that Russia has become the largest source of terrorism in the world following more horrific discoveries of war crimes of mass graves in Izium.

“How many more places like this must Russian terrorists create before the world stops them? Today I’m speaking to everyone – America and Europe, politicians, the UN and all international organizations, leaders of states and every person who values life.

He warned, “No other terrorist force leaves behind so many deaths. This must be recognized legally. We must act.

“Otherwise, its terror cannot be stopped.”