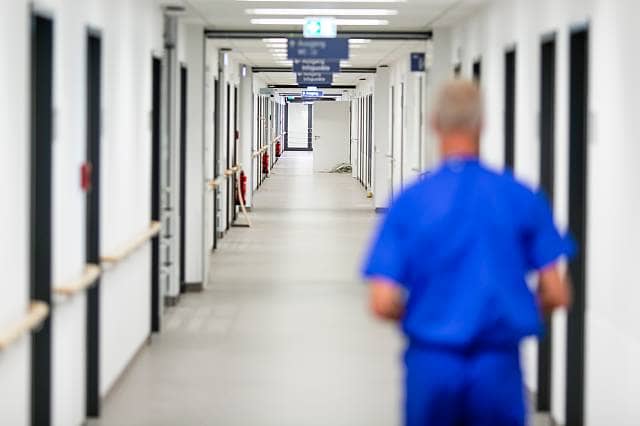 This can lead to a patient’s condition drastically worsening and in some cases, death. The number of deaths and illnesses that are caused by antibiotic-resistant pathogens is increasing around the world. The World Health Organization (WHO) considers this worrying rise in antibiotic resistance to be a major challenge that must be treated with the utmost urgency.

Head of the Institute of Environmental Biotechnology at TU Graz (Graz University of Technology) Gabriele Berg has initiated research into why this is, and found some interesting results. Berg’s research group was conducted with the Medical University of Graz’s national partners, and looked into how the level of cleaning measures influenced the development of antibiotic resistance.

Findings from the research showed that microbial diversity decreased in the clean and controlled spaces, however what increased in these highly hygienic areas were the diversity of resistances.

What was also found in significant quantities in these controlled spaces was opportunistic bacteria; bacteria that infects hosts with immune deficiencies.

What the controlled, excessively hygienic spaces were also lacking was bacteria that is beneficial to a person’s health, e.g. that which strengthens immune systems. Director of studies at TU Graz’s Institute of Environmental Biotechnology Dr. Alexander Mahnert explains the results as follows: “In environments with strong microbial control in the intensive care unit and industrially used clean rooms, there are increasing antibiotic resistances with a high potential for combining with pathogens.”

These results therefore indicate that by having, and maintaining, a secure microbial diversity in hospitals, this increase in antibiotic resistance could be counteracted, and further significantly reduced. Berg comments on the findings from these results, stating that:

“The microbial control of pathogens is already being successfully used in cultivated plants and also in humans in the framework of stool transplantation. Our study provides an initial foundation to pursue such ideas in indoor areas in the future.” The TU Graz team have future plans to create biotechnological solutions to make the implementation of a controlled microbial diversity in hospitals a reality.

Beyond antibiotics, hospitals and clinics are expected to maintain cleanliness and prevent germs spreading through hygienic surfaces, hand washing stations, antibacterial hand wash and having a company culture that maintains cleanliness at the front of its organisation. Specialist surfaces for hospitals can be produced via specific cladding companies such as Trovex and Focus Washrooms.

What this study has shown is that excessive hygiene really can strengthen antibiotic resistance, and therefore provides both an answer and the potential for a solution to this worldwide issue of antibiotic resistance. This would therefore lead to better management of bacterial infections overall, significantly reducing the number of deaths from this currently global cause for concern.