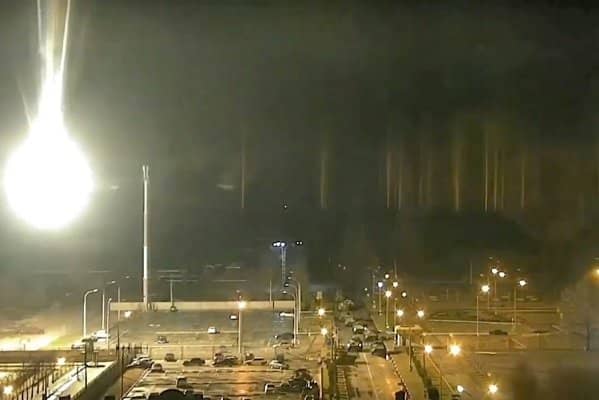 Three European countries have been issued with a veiled radioactive threat from Vladimir Putin as fears are rapidly escalating of a nuclear disaster at the Zaporizhzhia nuclear power plant.

Konashenkov added that the “man made catastrophe” would be blamed on Moscow by Ukraine to discredit the Kremlin as fighting continues around the nuclear facility.

The Zaporizhzhia nuclear power plant which is Europe’s largest as it is being hit by shelling, both Kyiv and Moscow are blaming each other.

World leaders are extremely concerned over power plant’s safety and the UN’s nuclear watchdog has warned there will be catastrophic consequences for all of Europe if it is blown up and radioactive materials leak into the atmosphere.

The Russian Defence Ministry warned on Thursday that any nuclear fallout will directly impact three EU countries, Poland, Slovakia and Germany who are all members of NATO.

The Zaporizhzhia nuclear power plant has been under Russia’s control since March and the Russian Defence Ministry warned on Thursday that they could shut down the plant.

Should Russia do this, this would cause the nuclear power plant to over heat and pressure will build up with steam and radioactive materials could be released.

Russian troops have turned the power plant into a military garrison which has been rigged with explosives and Ukraine are warning that Moscow are preparing another “false flag attack.”

Russian commanders have ordered their troops when instructed to they must blow up the nuclear facility and not allow Ukraine to take it back.

Ukraine has accused Putin of using “nuclear blackmail” after renewed shelling on the plant and Ukrainian emergency workers in Zaporizhzhia are preparing for disaster by conducting rehearsal drills.

President Zelensky said, “Any radiation incident at the Zaporizhzia nuclear power plant could be a blow to the countries of the European Union, and to Turkey, and to Georgia, and countries from more distant regions.”

Zelensky added, “Everything depends only on the direction and strength of the wind.

“If Russia’s actions lead to a catastrophe, the consequences may hit those who remain silent so far.”