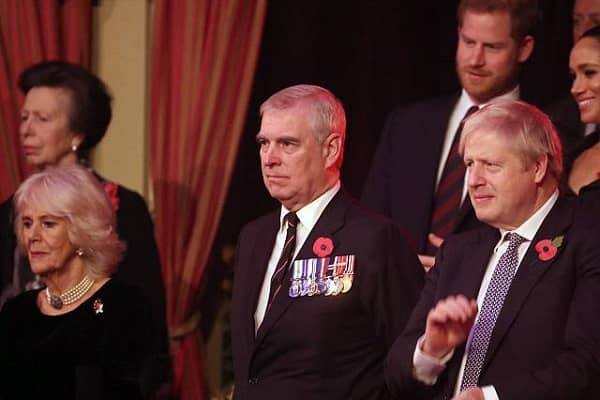 US lawyers have said that Prince Andrew could be extradited to the US over allegations that he slept with a “sex slave” who was 17-years-old at the time.

Following a car crash interview with the BBC’s Emily Maitlis the Duke of York is facing growing pressure to speak with the Federal Bureau Investigation (FBI) over his links with Jeffrey Epstein.

Speaking to the Time newspaper the criminal lawyer said that anyone that was connected to the disgraced financier are “vulnerable to extradition” this includes the Queen’s son.

Rothwell said, “Prince Andrew is not entitled to any form of immunity by virtue of his position as a member of the royal family.

“His friendship with the convicted sex offender Jeffrey Epstein is under investigation by the FBI and he is vulnerable to extradition.”

Virginia Guiffre who now aged 35 has insisted that she was repeatedly forced to sleep with Epstein’s friends, including the Duke of York.

However, Prince Andrew said to Maitlis on the BBC’s Newsnight programme, “I can absolutely, categorically tell you it never happened.

“I have no recollection of ever meeting this lady, none whatsoever.”

Gloria Allred, a lawyer representing other alleged victims in the Epstein case said on Good Morning Britain, of Prince Andrew, “I don’t see how he could have not known that there were underage girls, minors.

“Because he did visit homes of Mr Epstein in New York, in Palm Beach, in the Virgin Islands; and I happen to know there were underage girls in all of those locations.

“So, why didn’t he ask the questions: Where are your parents, are you in school, why aren’t you in school, are you living here, are you working here, what kind of job do you have, what do you do, why are you here?”

US lawyer Spencer Kulvin who represents another alleged victim told Radio 4’4 Today programme, “As a lawyer I was rather shocked that he would go on camera like this because anything he says can be utilised in a cross examination of him later, should he choose to come forward, and actually, in an official capacity, allow himself to be interviewed by the US authorities, which I believe he should do.

“I don’t think there’s any way that a man who’s been to all three of Mr Epstein’s homes could avoid seeing what was going on in those homes, with people going in and out and young girls being shuttled in and out of those homes.”

When Prince Andrew was asked by Maitlis will he provide a statement under oath to the FBI and his friendship with Epstein, he said, “If push came to shove and the legal advice was to do so, then I would be duty bound to do so.”