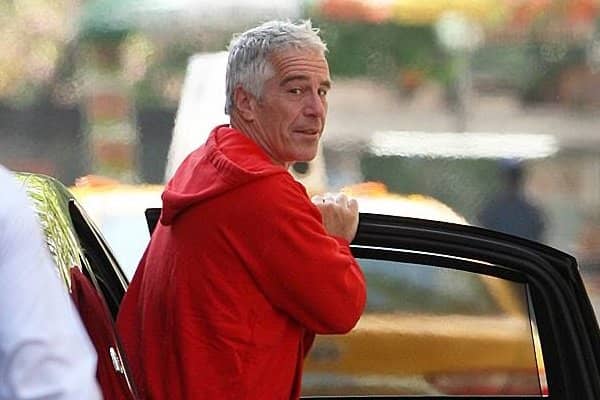 The Billionaire financier Jeffrey Epstein was awaiting trial for sex trafficking young girls, in one of America’s most secure prisons in the country.

On Saturday morning Epstein died in an alleged suicide in his special housing unit (SHU) which separates him from all other inmates.

However, less than 24-hours prior to his death more than 2,000 legal documents were unsealed by a US judge which allegedly name many who were either involved, participated or were just associated with Epstein.

Sigird McCawley, a US attorney for one of the victims, said his suicide less than 24-hours after the legal documents were unsealed is “no coincidence.”

She urged the authorities to continue their probe to find the associates who “participated and facilitated Epstein’s horrifying sex trafficking scheme.”

Joe Scarborough who work’s for MSNBC said, “Authorities couldn’t keep Epstein alive by putting him under 24-hour surveillance? How convenient for a lot of rich and powerful men.”

He added, “A guy who had information that would have destroyed rich and powerful men’s lives ends up dead in his jail cell.

The legal documents released on Friday name a young woman called Johanna Sjoberg who has alleged that Prince Andrew touched her breast whilst sitting on a couch inside Epstein’s $77m Manhattan residence in 2001.

According to the Mail online, court papers repeat claims that Prince Andrew slept with Virginia Roberts, who at the time was just 17-years old and one of “Epstein’s sex slaves” the papers also claim the Duke of York groped a 21-year old.

Virginia Roberts holds a photo of herself at age 16, when she says Palm Beach multimillionaire Jeffrey Epstein began abusing her sexually.  @Avalon.red

Prince Andrew was a close friend of Epstein, Buckingham Palace’s well-oiled PR machine kicked into gear and denied the allegations as “categorically untrue.”

Buckingham Palace said, “It is emphatically denied that the Duke of York had any form of sexual contact or relationship with Virginia Roberts.

“Any claim to the contrary is false and without foundation.”

Brian Koppelman a US filmmaker who co-wrote Ocean’s Thirteen and host of other films said, “I have studied powerful people and criminals for a long time. Even if there’s “photographic evidence” there is no way this was suicide.

“Having someone killed or hurt in jail can be as simple as leaving them unprotected. As simple as paying someone outside the jail.”

Look. I have studied powerful people and criminals for a long time. Even if there’s “photographic evidence” there is no way this was suicide.
Having someone killed or hurt in jail can be as simple as leaving them unprotected. As simple as paying someone outside the jail. https://t.co/sCnvbs1A6k

The FBI are also investigating that the Washington Post newspaper claimed Epstein told authorities that someone had tried to kill him several weeks prior to his death.

An unnamed former inmate of the Metropolitan Correction Center in lower Manhattan, where Epstein was found dead in an apparent suicide told the New York Post:”There’s no way that man could have killed himself. I’ve done too much time in those units. It’s an impossibility.

“Between the floor and the ceiling is like eight or nine feet. There’s no way for you to connect to anything.

“They don’t give you enough in there that could successfully create an instrument of death. You want to write a letter, they give you rubber pens and maybe once a week a piece of paper.

“Nothing hard or made of metal.

“And there’s a cop at the door about every nine minutes, whether you’re on suicide watch or not.

“It’s my firm belief that Jeffrey Epstein did not commit suicide. It just didn’t happen.”

A former warden, Cameron Lindsay who ran three federal prisons told the New York Post “Unequivocally, he should have been on active suicide watch and therefore under direct and constant supervision.”

A federal law enforcement source told the newspaper, “This is the highest-profile inmate in that facility, and considering that he may have attempted suicide two weeks ago, how could they let this happen?”

Republican Senator Ben Sasse, a member of the Senate Judiciary Committee, wrote a blistering letter to US Attorney General Barr.

He said, “Heads must roll. Every single person in the Justice Department, from your Main Justice headquarters staff all the way to the night-shift jailer knew that this man was a suicide risk, and that his dark secrets couldn’t be allowed to die with him.”

Barr said there are “serious questions that must be answered.”

Alexandria Ocasio-Cortez a New York Congresswoman wrote in a tweet, “We need answers. Lots of them.”

Bill de Blasio the New York mayor said this is “way too convenient” that Epstein is now unable to incriminate others.

Blasio told reporters, “What a lot of us want to know is, what did he know?”

“How many other millionaires and billionaires were part of the illegal activities that he was engaged in?

“Well, that information didn’t die with Jeffrey Epstein. That needs to be investigated, too.”

He added, “How on earth is he not under special protection? What’s really going on here? I think that’s a question that we must get a full answer to.”

Epstein was accused of paying young girls who were under the legal age, to perform sex acts between 2002 and 2005 at his private residences in Florida and Manhattan.

Epstein was known for his extreme wealth and his global high-profile contacts, to include Prince Andrew, President Donald Trump and the former President Bill Clinton who he was often seen socialising with.

Donald Trump referred to Epstein in a 2002 profile in the New York Magazine that he is a “terrific guy…. it is even said that he likes beautiful women as much as I do, and many of them are on the younger side.”

However, President Trump recently said after Epstein was arrested for sex trafficking, that they fell out “12 or 15-years ago” and in July after the arrest said he was “not a fan of Jeffrey Epstein.”

The FBI are now investigating and will focus their efforts on Epstein’s associates. Ghislaine Maxwell the daughter of Robert Maxwell was according to NBC News a long-time member of Epstein’s inner circle.

Maxwell, who is a British socialite, is also a friend of the Duke of York, and a legal source said that “Ghislaine is the key to all this now that Epstein will no longer face justice himself.

“The victims deserve answers and she was the person closest to Epstein. Far from being Prince Andrew’s problems, Epstein suicide could put him under renewed scrutiny because of his close friendship with Ghislaine.”

Legal documents claim that Maxwell “operated as… Epstein’s procurer of underage girls,” she has denied these crimes.

The FBI has started an formal investigation over his alleged suicide.