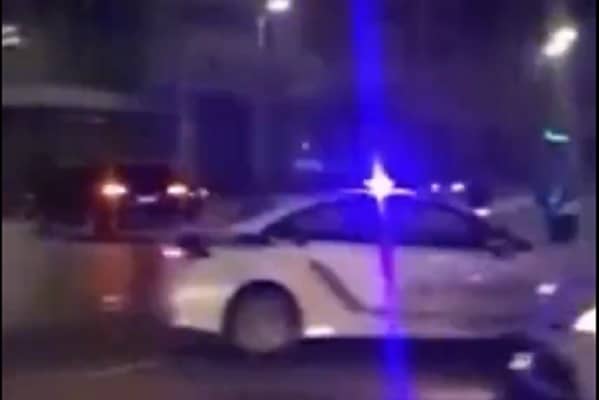 Ukrainian President Volodymyr Zelensky was involved in a car crash on his return back to Kyiv after he visited the recently recaptured city of Izyum.

A spokesperson for Zelensky said that another car had collided with the President’s car and the escort car.

Spokesman Sergiy Nikiforov said in a statement on Thursday morning, “In Kyiv, a passenger car collided with the car of the President of Ukraine and escort vehicles.

“Medics accompanying the President provided the driver of the passenger car with emergency aid and transferred him to an ambulance.

“The president was examined by a doctor, no serious injuries were detected. The law enforcement officers will investigate all the circumstances of the accident.”

The recaptured city a strategic logistics hub in the Kharkiv region which saw a successful counteroffensive that saw Russian troops “fleeing” for their lives.

Russian troops “fled in apparent panic” and left behind high value military equipment, according to the British Ministry of Defence (MoD).

“Russian forces have largely withdrawn from the area west of the Oskil River.

“The way in which Russian forces have withdrawn in the last week has varied.

“Some units retreated in relatively good order and under control, while others fled in apparent panic.

“Amongst these are at least one ZOOPARK counter-battery radar and at least one IV14 artillery command and control vehicle.

“Such abandonment highlights the disorganised retreat of some Russian units and likely localised breakdowns in command and control.”

Putin is set to address the nation and the Kremlin...

National Insurance increase reversed, but will you be...