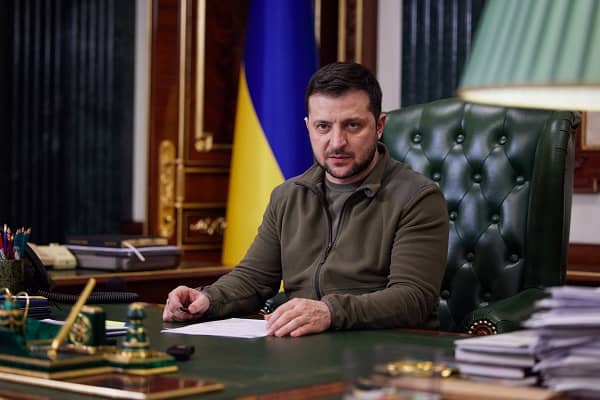 Ukrainian President Volodymyr Zelensky said in his nightly video message on Thursday evening that Russia will not get a new territory of Ukraine. Russia will join itself to the catastrophe that it brought to the occupied territory of our country.

President Zelensky said, “Russia will equate itself with the so-called ‘DPR’ and ‘LPR’, and will completely finish off those institutions of normal statehood that still remained in Russia.

“The occupier fills the occupied territory of Ukraine with graves, and there are more and more graves on the territory of Russia itself.

“This is the only way the Russian police and Russian special services will work now. The law in Russia has been obliterated,” the president stated.

According to him, “those who brought all these deaths, torture, rape from Russia will take them home.

“Everywhere in the seized territory, the occupier destroys any basis for life – economy, social sphere, culture …”

“Depriving the entire Russian society of a normal economy, a decent life and respect for any human value will be the price for the fact that one person in Russia wants this war to continue.

“This can still be stopped.

“But to stop it, you have to stop that one in Russia who wants war more than life.

“Your life, citizens of Russia.”