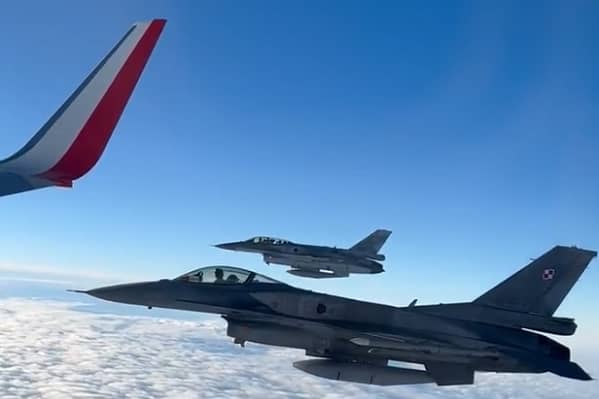 The Netherlands have announced that they are “open” to send F-16 fighter jets to Ukraine, which would constitute a major boost to Kyiv.

Foreign Minister Wopke Hoekstra said, the Netherlands will consider supplying F-16 fighter jets to Ukraine if Kyiv asks for them, adding, “We are open, there is no ‘taboo’.”

Over the past 11 months fighter jets have been consistently denied to Kyiv over fears that Moscow would retaliate against Europe.

Finland have said that they will send their “largest to date” military package worth £351 million which will include “heavy weaponry and ammunition,” but they will not send the German built Leopard 2 tanks.

We will look into supplying F-16 fighter jets if Kyiv requests it.

We are open-minded, there are 'no taboos'. pic.twitter.com/13AXqqu4hP

Miika Pynnonen, special adviser to Finland’s Defence Minister said the donation of the German built main battle tanks may happen after talks with allies at the meeting at Ramstein air base in Germany.

Pynnonen told Reuters, “I can only say that this package does not include Leopard tanks. (…) It consists of heavy weaponry and ammunition.”

Ukrainian MP Andrii Osadchuk said that leaders across Europe are not prepared to be war leaders as there has been so much prosperity they have only been focusing on having a comfortable life and for their people.

Osadchuk said that he believes European leaders are “afraid” of war and then warned, that it is now “impossible” to stay out of the conflict on Europe’s soil.

He told Sky News, “Now it’s understood that there is no other option rather than Ukrainian victory. But unfortunately, we still see a kind of slowdown of the military support of Ukraine.