Home Business NewsBusiness Mihir Bose: How can the scandal-struck world of sport emerge from crisis? I have a solution… 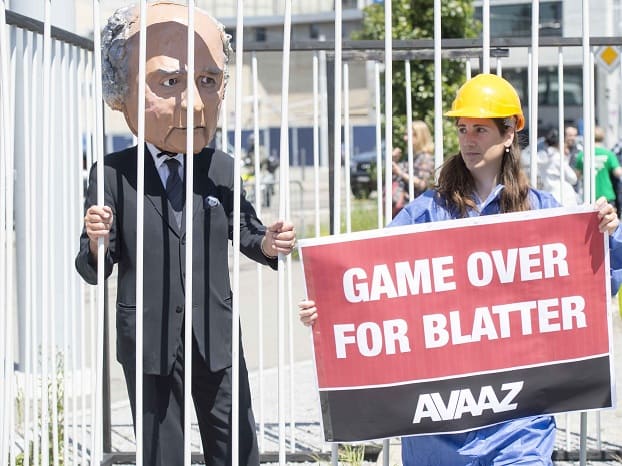 Mihir Bose: How can the scandal-struck world of sport emerge from crisis? I have a solution…

Why do sports administrators still try to preserve the fiction that sport has nothing to do with money? Asks Bose in his latest column…

Now you may think Lloyd’s of London has nothing to teach sports. One is an insurance market where how you calculate risk matters, the other is about athletes creating a wonderful world of myth and magic. Wrong.

For both institutions there is the question of who sets policies for them. How can sports emerge from the crisis that has engulfed both football and athletics? One solution is to look at how Lloyd’s finally realised that the self-regulatory world which had worked for centuries could no longer cope with the problems of the modern age.

It is worth recalling that 40 years ago the crisis at Lloyd’s was as big a story as the corruption in FIFA and IAAF, the biggest governing bodies for football and world athletics. And like Lloyd’s in the 80s, sports organisations today continue to insist they can police their own sport. This is despite the fact that the evidence from the last few months proves that sports needs the intervention of judicial bodies.

For all the talk of FIFA corruption which goes back years, it has been the intervention of first the US Justice Departments charging and arresting several high ranking FIFA officials, followed by investigations by the Swiss prosecutors that have forced the biggest change the organisation has seen in its 110-year history.

However, unlike Lloyd’s sport has an additional problem. Nobody at Lloyd’s pretended that its business was not to make money. In contrast sports administrators still try to preserve the fiction that sport has nothing to do with money despite the fact that a modern sports event needs, and generates, huge amounts of money. The result is that at the heart of sports organisations there is an inbuilt contradiction making them dysfunctional. Sports administrators will not accept that a system devised in the 19th century cannot be fit for purpose in the 21st century when sports is increasingly part of the entertainment industry. After all, a modern sportsman like David Beckham is far removed from a Corinthian athlete and more akin to a rock artist.

And nothing exemplifies this inherent contradiction in modern sports organisations better than the Olympic Games. To stage the Olympics a vast amount of money is required, yet every four years during the 17-day period of the Olympics, the Olympic movement pretends money does not exist. The winning athletes get medals, not cheques, their clothing cannot carry any advertisements from sponsors and Olympic sponsors are not allowed to advertise their products inside the competing venues.

This ignores the fact that success in the Olympics guarantees the athlete vast riches. Usain Bolt did not get a cheque when he won gold at the Olympics but the moment he clutched the gold medal he was worth millions and he knew it. And in order to protect those who write out the cheques the Olympic movement imposes the most incredibly draconian measures on cities that host Games.

To appreciate how draconian this can be consider what happened to me in the 2010 Vancouver Winter Olympics. I am interviewing an Olympic official at the Westin Bayshore, the hotel along the city’s glistening waterfront where the top bosses of the Olympics, including then International Olympic Committee President Jacque Rogge and Princess Anne, were staying. I had just ordered a bottle of Perrier when the waitress turned to me with a rueful smile and said, “Two weeks ago I could have served a Perrier. But not now. I can, however, give you a Dasani.”

Dasani is Coke’s answer to Perrier and being one of the top sponsors of the Olympics only its products could be served at the hotel and all other Olympic venues. This had forced Westin Bayshore to cover up the kiosk of Starbuck coffee and also change several other drinks including the apple juice they traditionally served. And all this was part of what a city hosting the Games has to deliver: a “clean city”. This means that it must remove all billboards advertising products which rival those of the Olympic sponsors.

Sports administrators will only be forced to abandon these ridiculous demands if governments bidding for Olympics and other sporting events refuse to accept them. But I see little evidence of that and without government intervention, as happened with Lloyd’s, I see little chance of any real change in how sports is administered.

These are Harrods’ five biggest controversies