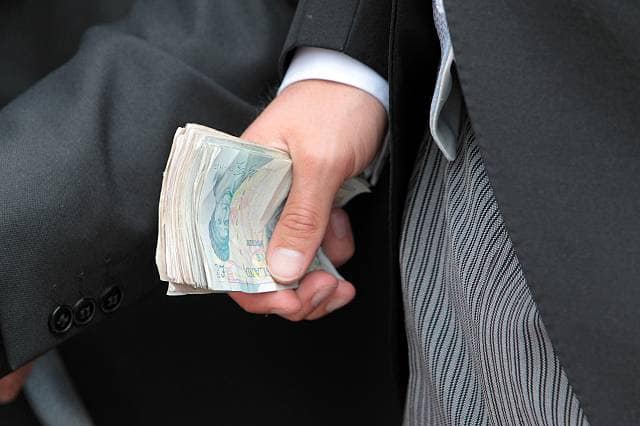 No sign of an end to the interest rate drought in 2021, according to market experts.

Over £150 billion was saved into cash accounts in 2020, figures from AJ Bell show.

A record £215 billion is sitting in cash accounts paying NO interest.

Laith Khalaf, financial analyst at AJ Bell: “When the Bank of England cut interest rates to the emergency level of 0.5% in 2009, no-one predicted that more than a decade later, rates would be even lower and we’d be asking if there was still scope for a further fall. Yet that is precisely the situation we find ourselves in.

“Markets are pricing in a 70% chance that there will be no change to base rate in 2021, and a 30% chance there will be a cut. Expectations of another year of ultra-low rates are baked in despite the roll out of coronavirus vaccines, and the emergence of a Brexit deal.

“While market prices can of course be proved wrong, there are good reasons to think that the Bank of England will keep rates low throughout the coming year. Unemployment is expected to rise sharply in the coming months, and the UK economy is, at best, going to be in recovery mode.

“With such a fragile economic situation, the Bank won’t want to rock the boat by hauling in its vast monetary stimulus programme any time soon. Whether the MPC takes the plunge with negative rates really depends on the course of the pandemic, and the progress of the economy, in the coming months. A Brexit deal has at least averted a further economic shock which might have tipped the Bank of England towards a rate cut.

“Even though interest rates sit at such a low ebb, 2020 witnessed a tremendous flow of money into cash accounts. Those who have been lucky enough to keep their jobs and incomes have had frugality imposed on them, with little chance to spend money in pubs or restaurants, or on holidays overseas.

“Much of this cash will be accidental savings, which has simply built up in current accounts as outgoings have dwindled. It’s therefore likely to be attracting close to diddly squat in interest payments. Indeed, a record £215 billion sits in instant access accounts paying zero interest. This money is slowly but surely losing its buying power. In addition NS&I have cut rates on a huge swathe of their savings products, which had been attracting huge sums of money since the pandemic struck, and which will now likely see savers heading for the exit signs in search of better returns.

“Cash savers shouldn’t expect any end to the interest rate drought any time soon, and need to evaluate their options carefully. If you think you might need the cash in the next five years, then make sure you shop around for the best rate. You might also explore fixed term savings accounts, where you give up instant access to your money, but typically get a higher rate of interest.

“For money that can be tucked away for five to ten years or more, the stock market looks a more attractive option than cash. For those who are wary of the rough and tumble of stocks, there are ways to mitigate volatility. One method is to invest in funds which have a conservative investment approach, and diversify across a balanced range of assets to provide downside protection. Alternatively, setting up a regular investment plan is a good way to plot a smoother journey, as your money buys in at cheaper prices when markets fall.”