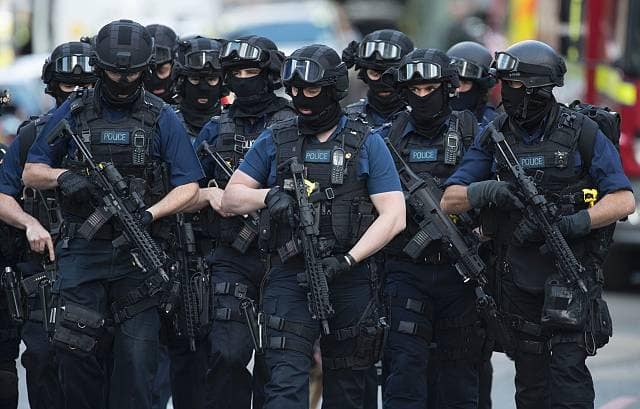 London terrorist attack: Security expert warns we should ‘brace ourselves’ for more attacks

Here’s the chiling reasons why

Following Saturday nights two terror attacks on London Bridge and Borough Market, a security expert warns there could more attacks as we are in the Muslim holy month of Ramadan.

International security director, Dr Sajjan Gohel who works for a thinktank, Asia Pacific Foundation warns we should “brace ourselves” for further attacks.

Dr Gohel who consults with the government on terrorism, said the attacks that took place were, in his opinion, inspired by the Westminster attack in March as ISIS are encouraging further vehicle and knife attacks.

He went on to add, that ISIS is offering their following, advice as what knives and types of vehicles to use along with chilling intricate details of how to do an attack.

Speaking to the Standard on Saturdays terrorist attack he said: “The sad thing is that this attack is not surprising. We’ve seen this tactic, called ‘the just terror’.”

“We saw it in Westminster and now we’re seeing it again.

“We could see further attacks during Ramadan, not just here but elsewhere in the world.”

“The more they lose, the more they will attack. They are confined operationally so their only option is to react aggressively to attack, like a cornered rat.”

“They’re not going to go quietly into the night. They’re going to take as many people as possible with them – it fits into their death cult narrative.”

Dr Gohel said that the types of attacks London suffered are very hard to foil, simple and cost effective.

He added to the Standard: “we will have to brace ourselves.”