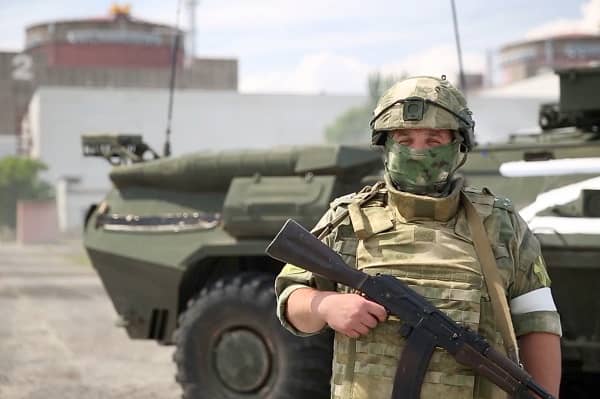 The team from the International Atomic Energy Agency (IAEA) have now arrived at the Zaporizhzhia nuclear power plant (ZNPP) for their inspection.

A eight person team are to assess the site’s safety after an agreement between the United Nations, Russia and Ukraine after being delayed following Russian strikes on their agreed route.

Moscow resorts to ‘locking conscripts in a hot room without any water’ until they join the front line ‘as cannon fodder’Enerhodar’s Mayor has said Russian shelling was constant on Thursday morning, and the regional state head Oleksandr Starukh said on Telegram, “The Russians are shelling the pre-agreed route of the IAEA mission from Zaporizhzhia to the ZNPP.

“The UN advance team cannot continue the movement due to security reasons.

“Ukraine continues to make efforts to organise safe access of the international IAEA mission to the ZNPP.

“We demand that the Russian Federation stop the provocations and grant the IAEA unhindered access to the Ukrainian nuclear facility.”

However the Kremlin’s Defence Ministry said a Ukrainian “sabotage group” landed near the nuclear facility and was being destroyed with the use of helicopters.

The head of the International Committee of the Red Cross Robert Mardini warned if there was a “nuclear leak” it would “be difficult if not impossible” to provide “humanitarian assistance.”