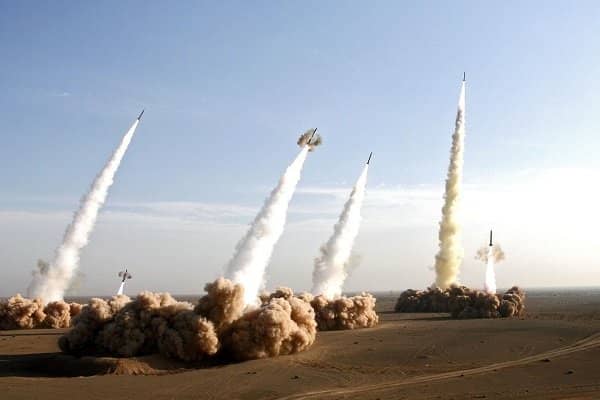 The Kremlin are trying to secure more advanced weapons “including hundreds of ballistic missiles” from North Korea and Iran.

She told the United Nations Security Council in New York that Vladimir Putin is trying restore his vastly depleted stocks of cruise missiles and rockets over the winter ready for a new offensive next year.

Woodward said that Moscow are using Iranian made drones and missiles to deliberately “kill civilians and illegally target civilian infrastructure” in Ukraine.

Ukraine blitzed by more than 1,000 cruise missile attacks and millions could freeze to death this winter warns the UN

The UN envoy said that, Russia is now attempting to obtain more weapons, including hundreds of ballistic missiles.

“In return, Russia is offering Iran an unprecedented level of military and technical support.

“We’re concerned that Russia intends to provide Iran with more advanced military components, which will allow Iran to strengthen their weapons capability.”

Woodward said the UK are “almost certain that Russia was seeking to source weaponry from North Korea [and] other heavily sanctioned states, as their overstocks palpably dwindle.”

The White House have expressed concerns over the “large scale military partnership” between Moscow and Tehran and the British Ministry of Defence (MoD) warned it is likely Russia has received Iranian Shahed-131 and 136 drones.