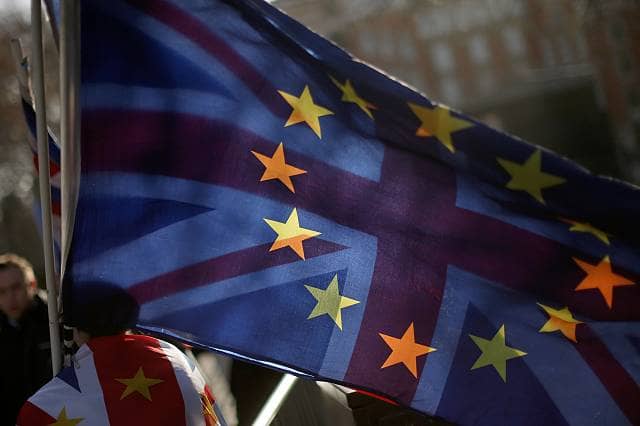 After Britain voted to leave the European Union in June 2016, it was clear the UK was headed for a new beginning. Fast forward to 2019, and all signs show the decision will hurt the economy and particularly the gambling industry.

Prime Minister Boris Johnson has promised to get the UK or leave the EU with no deal by October 31st this year.  He has the following three choices:

Boris could finalize Brexit with no-deal from the EU. A significant portion of his supporters is in favor of this outcome. But as economic experts note, a no-deal Brexit will hit the UK’s economy tremendously.

Its impact would also be quick. The EU could direct its members to ground British airlines and block ports. The result would be an immediate shortage of food and drug supplies and a sharp rise in products of household items.

Last December, the European Court of Justice ruled that the UK was free to revoke its application to leave the EU. As such, a new vote by the UK people could still happen. Although an unlikely progression, labor party members could push for it before the October 31st deadline.

3. Agree to a deal similar to May’s

Before Theresa May resigned, she had an agreement that would see Britain leave the UK within a 21-month transition program. However, her plan agreed to Britain not restricting immigration—something her party members didn’t want.

Instead, May’s party members strongly feel like a “hard Brexit” plan would be best for the UK. The agreement dictates that Britain should leave the EU with nothing more than a free trade deal.

Both local and foreign companies began threatening to leave the region immediately after the Brexit vote. Some of them downsized but have remained in the UK albeit still signaling they could leave. Earlier in the year, Airbus criticized Theresa May’s government and made it clear it was not afraid to leave.

888 Casino, one of the biggest gambling brands in the UK, has also threatened to rethink its future. In a statement released early this September, the company’s CEO pointed out that a hard Brexit or no-deal agreement will impact Britain’s market conditions adversely.

A few other casinos have expressed their uncertainties in what will happen after Brexit is finalized. 888 Casino assured its European customers that it would apply for licensing in Malta. It will also install servers in Ireland to ensure it continues to serve its customers efficiently.

Fortunately, most of the best UK casinos are still providing their services to British players with no issues. UKcasino.org.uk features a list of the top 10 online casinos in the UK presently. All of them plan to continue serving British players. Visit the website to learn what makes them great.

Impact of a hard Brexit

A hard Brexit is what many of Boris’s supporters want. Financial experts believe it will be challenging to negotiate before October 31st. But should it succeed, here is what would happen.

The loss of jobs began immediately when the UK voted to leave the EU. London recently said a hard Brexit would lead to over 5000 more lost jobs. That is a huge loss that could lead to the decline of the city’s real estate sector. Some realtors believe losing 5000 jobs could collapse London’s real estate business.

Beyond London, thousands of jobs will be lost. The gambling industry will be walloped. The Isle of Man, more so Gibraltar, could lose over 60% of its workforce if a hard Brexit restricts the movement of people. Gibraltar shares a border with Spain and most people who work in the UK territory live on the Spanish side.

As expressed by 888 Casinos and several more gambling companies, leaving the EU will make it difficult for them to serve European customers. Will EU countries recognize licenses from Gibraltar?

The government allegedly will allow companies licensed in Gibraltar to serve British citizens without the need for a second license. Such a deal would undoubtedly keep market conditions favorable to gambling businesses.

Statistics show the UK’s gambling industry is still growing despite all the uncertainties surrounding Brexit. More precisely, the sector grew by about 1% between 2016 and 2017. For some companies, however, the lingering issues have brought nothing but losses.

888 Casino, for instance, suffered a decline in global profits from January to June this year. It was a significant 63% margin compared to the same period last year. The company unsurprisingly gave a warning it could continue to suffer in the event of a hard Brexit deal.

On the bright side, 888 Casino and many more British gambling companies are still making profits. 888 brand’s earnings in Britain stood at £79 million, a 13% increase compared to last year.

Before Brexit, all rules regarding anti-money laundering were straightforward. That could soon change and impact both players and casinos throughout Europe. Gambling addiction rules could also be affected by a hard Brexit deal.

The margin of things changing regarding AML rules is slim, though. Casinos around the world have always had nearly similar regulations for protecting players. As such, the chance of that changing due to Brexit will be low.

From its onset, Brexit threatened to disrupt the British economy. It has already achieved that in many ways, including the loss of jobs. To casinos, Brexit means the loss of many benefits that came through the single market.

The freedom of movement, for instance, could now be restricted. In turn, that may lead to job losses in London, Gibraltar, and everywhere else; gambling companies rely on a foreign workforce.

A few brands have threatened to shift their headquarters to European nations if Boris ends up with a hard Brexit deal. But considering many of them are still profiting from the benefits of being in the UK, only time will tell whether they stay or leave Britain.