Home Business News Hotel industry shows resilience in November but can it weather the storm in the coming months? 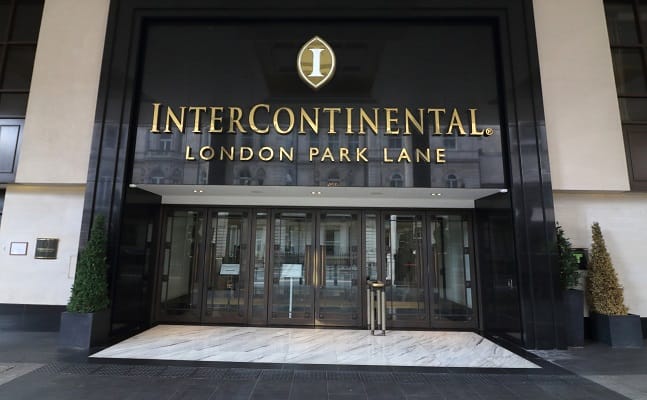 Hotel industry shows resilience in November but can it weather the storm in the coming months?

Despite occupancy rates, room rates, revenues and gross operating profits (GOP) of UK hotels declining in November, the UK hotel industry is showing some signs of resilience, according to the RSM Hotels Tracker.

The data, compiled and produced by Hotstats and analysed by RSM UK, highlights the cyclical nature of the industry when occupancy and room rates, revenues and GOP tend to fall at this time of year. It shows UK hotels’ occupancy rates dipped from 74.4% (October) to 71.5% (November), with London hotels seeing a similar decrease (76% in October compared to 73.8% in November). Occupancy continues to lag behind pre-pandemic levels of 78.4% (UK) and 82% (London) in November 2019.

Chris Tate, head of hotels and accommodation at RSM UK, said: ‘Although initially these figures may look concerning due to the reductions across the board, this dip is pretty usual in the seasonal cycle for the sector, and nothing out of the ordinary. In fact, given the pressure on their margins from wages, rising costs and the impact of ongoing train strikes causing business trips to be cancelled, hoteliers are showing degrees of resilience and currently managing to weather the storm even though their margins are being squeezed.

‘With rising inflation, the sector has done well to pass on a large portion of the cost increases. However, we’re starting to see that not all of these costs can be passed on to consumers, nor is it sustainable. Despite the jump in average daily rates of rooms when compared to pre-pandemic levels, gross operating profits have fallen behind 2019 levels, suggesting hoteliers are having to shoulder some of these extra costs themselves.

One area that boomed for hotels in November was the revenue generated by banquet, conferencing and catering food and beverages, which shot up particularly in the London market.

Tate added, ‘As the first restriction free lead up to Christmas in three years, corporates took advantage of being able to hold large scale conferences, while people jumped at the opportunity to attend in person events. But with heavy industrial action over the Christmas party season, and the cost-of-living squeeze impacting on consumers’ disposable income, we may see the hotel sector face challenging trading conditions in December’s figures.’

Thomas Pugh, economist at RSM UK said, ‘The UK economy is almost certainly in a recession that will last until late 2023 and see a peak-to-trough drop in GDP of around 2.5%, making it similar in size to the early 1990s recession.

‘This recession is being driven by the massive reduction in consumers’ real spending power. Real Household Disposable Income per person is likely to drop by a record 7% from 2021 to 2023. Those sectors which primarily rely on discretionary spending, including hospitality and hoteliers will be worst affected. What’s more, businesses are facing sharp rises in costs forcing them to cut back on non-essential expenses.

‘The good news is that inflation should fall sharply this year. Natural gas prices have already fallen back to their pre-war levels. That will significantly ease the pressure on consumers incomes and business costs in the second half of 2023, and the economy should be growing strongly again by early 2024.’