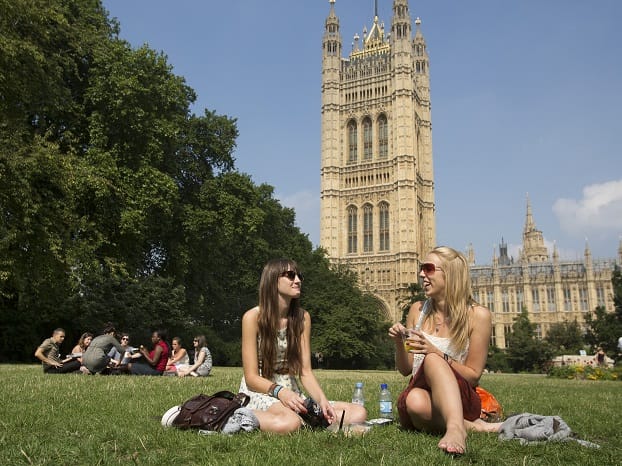 Can you guess Britain’s sunniest and driest month?

Prepare to be shocked

Britain has been doing summer all wrong. That’s the shock verdict in light of a new report from drinks brand Pimm’s on the country’s summer weather patterns. Looking into four decades of research, May has been confirmed Britain’s sunniest and driest month, contrary to traditional expectations that June, July and August deliver the most sunshine.

As we come out of the shadow of one of the harshest winters in recent memory, the Pimm’s Summer Forecast’ has good news, there are at least 60 al fresco dining days to enjoy this summer – although they may be earlier than the public expects.

Pimm’s, working with independent analysts Weatherquest, tapped into four decades of weather insights to help Brits plan their picnics and barbecues this summer.

The report also looked at the nation’s obsession with weather, as Pimm’s surveyed 2,000 Brits to discover that they speak about the weather three times a day – bringing it into conversation over 20 times a week. Over a lifetime, a Brit will on average mention weather 68,796 times. Discussing the weather was found to be the UK’s most popular conversation topic, as 54 per cent of Brits said it was one of their most regularly talked about subjects – above even family (38 per cent) or food (31 per cent).

‘May is the new August’ – is a key finding of the weather report. The trend shows May scoring more hours of sunshine (194 hours) on average than any other ‘summer’ month, followed by July (183 hours), June (180 hours) and August (172 hours).  Not only does sunshine decrease in August, but rain is highest in August too. May is the driest month, with an average rainfall of 54mm across Britain, followed by July (58mm), June (60mm) and then August with 67mm.

Fascinatingly, looking even further back at historical data to the 1960s, the number of ‘rain days’ we have seen in Britain in August have increased by 11 per cent but in May have fallen by 12 per cent.

The drinks brand has advised that outdoor-loving Brits should prime their barbecues for the middle of April, specifically the 16th which has been dubbed the unofficial start of the British summer. Aviemore in Scotland will see the UK’s first al fresco day, with no rain, at least four hours of sunshine and a temperature of 19°C or above. London will follow the next day on 17th April. Interestingly, April only averages 55mm of rain, giving further encouragement for Brits to get their barbecues ready earlier than they traditionally do.

Forecaster Sian Lloyd, who presents the Pimm’s Summer Forecast report, said: “If we really wanted to get the most out of our summer – we should consider following the lead of our friends in the north, the Scots. While schools in England and my native Wales keep studying into late July, Scotland’s have emptied by late June – meaning families can make the most of the sunshine. Looking at this analysis, I’m calling on the rest of Britain to take the lead of Scotland and saying we should shift our Summer Bank Holiday to early August too! In the meantime, we need to ensure we bask in the sun in May as much as possible – and savour those two bank holidays with a barbecue and friends, and of course a Pimm’s.”