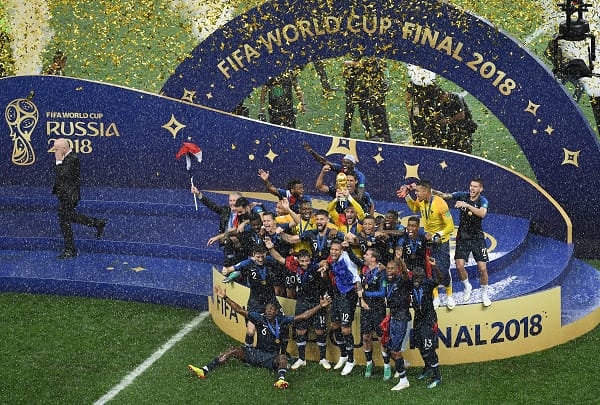 Can France defend their title at the Qatar World Cup?

World champions in Russia four years ago, the biggest question ahead of the Qatar World Cup is whether or not France can defend their title in the Middle East. That’s perhaps easier said than done, of course, as if Didier Deschamps’ men were to reclaim the famous gold trophy they’d become just the third nation in the tournament’s history to win back-to-back World Cups — a feat that hasn’t been achieved since Brazil won successive titles in 1958 and 1962.

With world-class players in every area of the pitch and a lethal weapon in attack in the form of Kylian Mbappé, it’s no surprise that Les Bleus are the second favourites behind Brazil in the World Cup bets markets. But their preparation for Qatar has been far from ideal, as they won just one of their six Nations League games in League A Group 1, narrowly avoiding relegation with just one point more than Austria.

There was a routine feel about their victory over Austria on the penultimate matchday, beating Ralf Rangick’s side 2-0 at the Stade de France to ensure that they kept their place in League A amongst the cream of the crop of European sides. But the 2-0 defeat to Denmark three days later once again highlighted cause for concern heading in to the World Cup.

Indeed, it might have been their final preparations ahead of Qatar, but it arguably doesn’t paint the full picture. Deschamps’ injury list for those final two games was stacked, with major absentees including Paul Pogba — who is in a race against fitness for the World Cup — N’Golo Kanté, Karim Benzema, Presnel Kimpembe and Jules Kounde.

If a fully fit squad embark on the plane to Doha, with those currently injured expected to recover in the next five weeks or so, then you certainly wouldn’t back against the French to defend their World Cup title and Deschamps remains confident of his side’s chances in Qatar despite that lacklustre international break.

“I don’t think it’s a shipwreck,” he said. “We had a lot of chances. We were weak, we made errors when playing out from the back.

“It is a young French side, which in the most part doesn’t have players with experience at the very highest level. It is not a question of systems.

“We mustn’t worry. Having the players with international experience back will do us good. There’s no worrying. It’s difficult for everyone.

“Yesterday, I was watching other games. There are other big teams losing as well. We shouldn’t think of ourselves as better than them. We are going to have to fight.”

Indeed, while they might not boast the same form and momentum as their South American counterparts Argentina and Brazil — who are both on lengthy unbeaten streaks — they are, in fact, not the only nation amongst the favourites heading to the Middle East on a bad run. Euro 2020 finalists England didn’t win any of their six games, while Germany won just one. Even Spain and Portugal had just 50%-win rates.

There is still hope for France. They may not be getting the most positive headlines in the World Cup news after their recent stumble, but few nations have a better squad than them and if they can come together as a unit both on and off the pitch — putting aside the negativity from the outside as well as their recent run of results — then they will certainly be in contention in Qatar.