Home Business News Apparently a ‘Scotch egg is a substantial meal’ but is a pork pie? 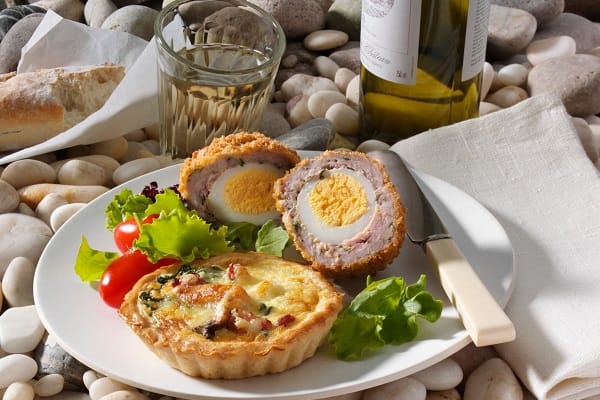 Apparently a ‘Scotch egg is a substantial meal’ but is a pork pie?

A senior government Cabinet Minister has claimed that a “Scotch egg counts as a substantial meal,” which has always been deemed a bar snack, contradicting a fellow colleague, Michael Gove.

Then Gove told ITV that they “are” a substantial meal, “I myself would definitely scoff a couple of Scotch eggs if I had the chance.”

This confused message is most important for pub landlords, as it is mandatory for them to provide a “substantial meal” to sell alcohol under the tier 2 restrictions.

Failure to comply would lead to a pub landlord facing a hefty fine of £10,000 or even closure.

The official spokesman for the Prime Minister has refused to spell out the difference between what is a bar snack and a meal.

The Number 10 spokesman was asked if a pork pie, ploughman’s lunch or even a sausage roll can be sold with a pint.

He said, “I’m obviously not going to get into the detail of every possible meal.

“But we’ve been clear: bar snacks do not count as a substantial meal but it’s well established practice in the hospitality industry what does.”