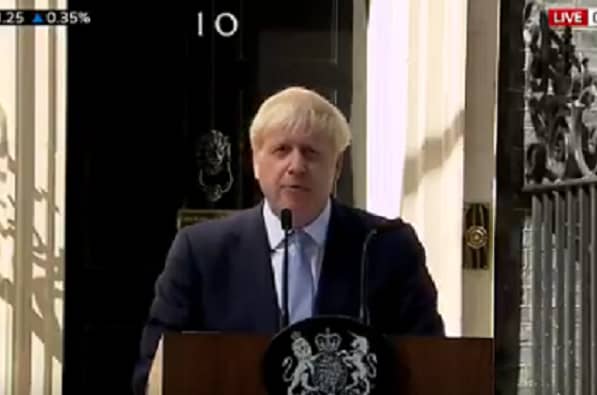 This afternoon Boris Johnson met with Her Majesty the Queen at Buckingham Palace where he was formally sworn in as the new prime minister.

He was then driven to Downing Street where he gave his first speech as prime minister and said, “his job is to serve the people.”

He said he had accepted the Queen’s invitation to be prime minister and form a new government.

Jonson said he want to “change the country for the better” and said the UK will leave the EU on 31 October with “no ifs, no buts” and added, “the buck stops with me.”

Whilst giving a rather fast paced speech protestors outside the gates of Downing Street could be heard booing Johnson.

Boris Johnson says he doesn't want to just help London and the south east succeed but the whole of England, Scotland, Wales and Northern Ireland.