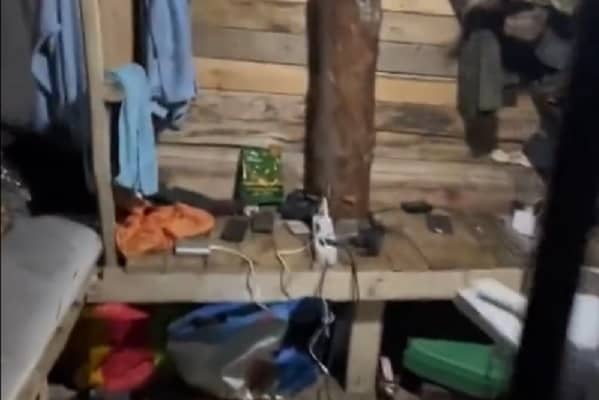 The Ukrainian Defence Ministry has released a video showing the inside of an “incredible” underground field bunker used by their troops.

The video has the caption “an excursion to a very important military facility of Ukraine” shows how the soldiers had dug out an underground bunker and equipped with all the basics and some luxuries.

The soldier filming the bunker can be heard saying, “Just wow, well done. Ukrainians are simply incredible, they do incredible things.”

Excursion to a very important military facility of Ukraine. pic.twitter.com/q7wp8HL4mM