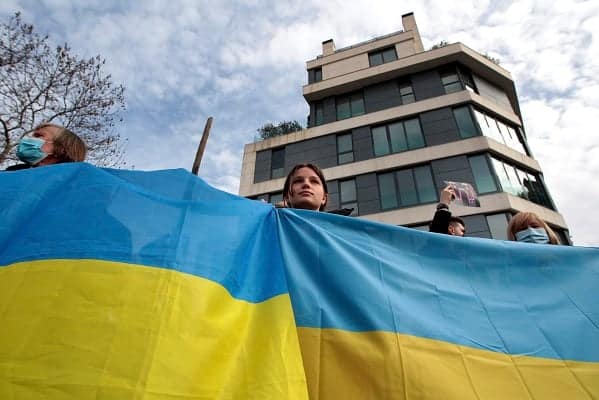 An employee at the Ukrainian embassy in Madrid has been injured after a letter bomb exploded on Wednesday afternoon.

It is believed it was a security guard who was injured and taken Nuestra Señora de América Hospital in the Spanish capital.

Spanish police issued the anti-terrorist protocol and cordoned off the area and specialised bomb disposal officers are at the Ukrainian embassy.

Police sources have said after the letter bomb was intended for the Ukrainian ambassador for Spain.

An explosion occurred at the Ukrainian Embassy in Madrid, one employee was injured, Spanish media write

According to preliminary information, one of the employees of the diplomatic department opened an envelope, which contained a small explosive device.

A Ukrainian spokesman Oleg Nikolenko said, “An explosive device hidden in an envelop detonated inside the embassy of Ukraine in Madrid.

He added that Ukraine’s Foreign Minister Dymtro Kuleba has “instructed to strengthen the security of all Ukrainian embassies.

“He also called on the Spanish authorities to urgently investigate this attack.”