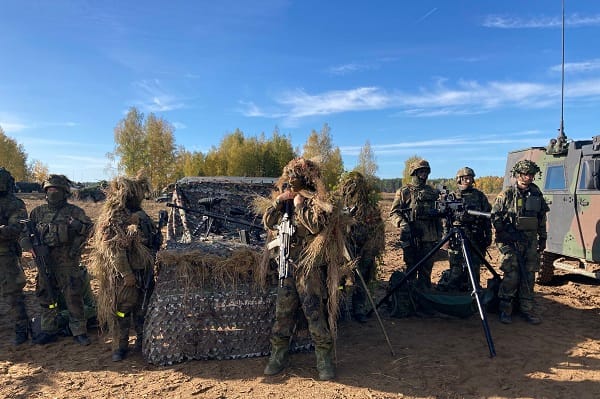 Moscow’s FSB security service announced on Monday that they had “liquidated” and Ukrainian “sabotage group” as they were trying to gain entry into Russia’s Bryansk region.

The FSB said that the “saboteurs had foreign weapons” and were also carrying homemade “improvised explosive devices” which are very easy to build.

Russian state media outlet TASS cited the FSB, saying,that the “saboteurs had foreign weapons with them: German submachine guns SIG Sauer and ammunition for them, communication and navigation devices, as well as means for committing sabotage and terrorist acts – four improvised explosive devices with a total capacity of about 40 kg in TNT equivalent.”

A former US special forces veteran has said that the CIA are working with an unnamed “NATO ally” who are running a “covert” sabotage “programme.”

Over the past few months there has been multiple explosions seen in certain parts of Russia, from shopping malls, to oil fields and pipes, railways and fuel depots.

Jack Murphy served as a sniper and a team leader in 3rd  Airborne Ranger Battalion and the 5th Special Forces group claims that the “CIA is behind a spate of explosions in Russia.”

Murphy was also a former senior trainer and adviser to an Iraqi SWAT team, with his special forces team conducting direct action and other missions across Northern Iraq has also said that European intelligence services are apparently “running operatives into Russia to create chaos without CIA help.”

Murphy claims, “The campaign involves long standing sleeper cells that the allied spy service has activated to hinder Moscow’s invasion of Ukraine by waging a secret war behind Russian lines.

“The campaign is responsible for many of the unexplained explosions and other mishaps that have befallen the Russian military industrial complex since Russia’s full-scale invasion of Ukraine in February.”

Anonymous US sources including three former intelligence and two military officials, and a sixth source, told Murphy, “who has been briefed on the campaign.”