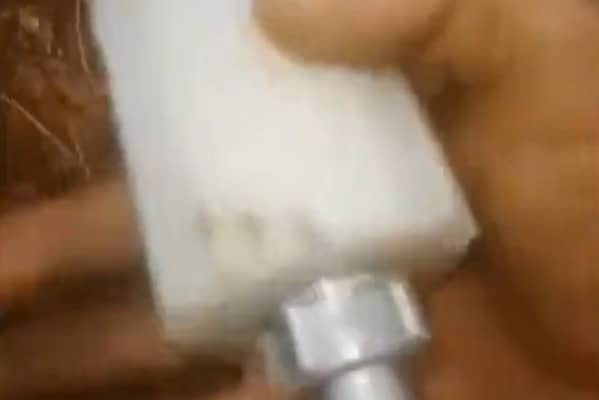 Ukrainian marines held “their positions” as they are dug into “chemical defences” in the east of the country.

Euromaidan Press shared footage on Sunday showing a K-51 grenade which produces CS gas or an equivalent, but Ukraine have claimed that they are “chlorpicrin grenades.”

Chlorpicrin lasts for around 30 minutes which causes shortness of breath, coughing burning sensation and incapacitation, which was banned in 1993 by the Chemical Weapons Convention which Russia backed.

The Naval Forces of the Armed Forces of Ukraine claims,  “The occupiers are dropping chlorpicrin grenades from drones on our defenders in the east.

“In order to protect themselves from the strong irritant effect of the prohibited ammunition, the marines held their positions in chemical defences.”

This comes after Oleksiy Gromov, deputy chief of the main operational department of the General Staff of the Armed Forces of Ukraine said in later November that there is no sign there will be a chemical attack.

“But the intelligence currently does not confirm that the Russians are mass transporting ammunition with poisonous substances.”

Speaking to Forbes in November, Political scientist and East Europe specialist Sergej Sumlenny said that Russia pushes “the limits of the possible.”