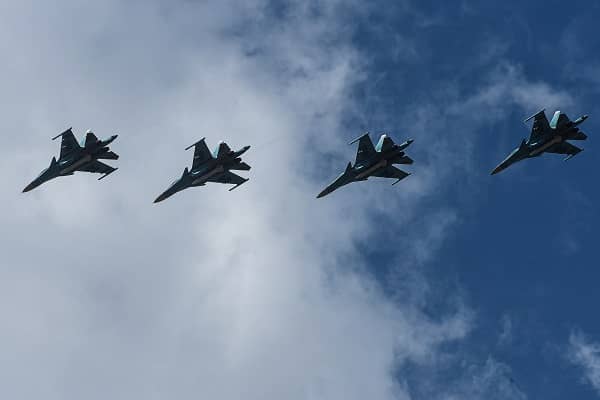 A Russian rocket has landed in another European country hours after Moscow launched another series of rocket and missile attacks on Ukraine.

It was reported that around 104 missiles were fired from 13 Russian aircraft on Monday along with seabound carriers.

Residents were told to “Stay in shelters, warn your relatives!” and Andriy Yermak, head of the Ukrainian presidential staff, warned, “Don’t ignore the alarm.”

Moldova border police found a rocket on their territory on Monday near to the Ukraine border after the Russian missile attack.

The Moldovan Ministry said in a statement, “A short time ago, near the city of Briceni, in an orchard, a rocket was discovered.

“The explosive object was discovered by a border police patrol, which, due to today’s Russian bombings, have intensified their attention.

“In accordance with MAI action plans, the border police intensified patrols and raised the level of attention in the area of Briceni and Ocni ctora Inspectorates.

“At this moment, the area where the rocket was discovered has been isolated by police patrol and border police.

“The specialised services of Home Ministry, Bombteh and IGSU are expected on site.”

One of the missiles fell on the territory of Moldova near Briceni town.https://t.co/Fzo2IDVNn2 pic.twitter.com/RJxciYWBfx

Political officials have condemned Moscow’s invasion of Moldova’s airspace, with Ștefan Gligor claiming it was a Russian missile.

Gligor said it was a “violation of the airspace of the Republic of Moldova by the Russian Federation.”

He has called for an investigation to prevent “panic” amongst locals.

Nataliya Gumenyuk, the spokeswoman for Ukraine’s Southern Defence Forces, warned that a “massive” Russian attack will be coming.

She told Ukraine’s Channel 24 that Moscow intends them to sow “terror” adding, “We understand that a massive attack is being prepared and is possible any day,” Gumenyuk said over the weekend.

“Remember that neither day nor night matters to the enemy. Their task is terror.”

“However, this pause may end at any time.”