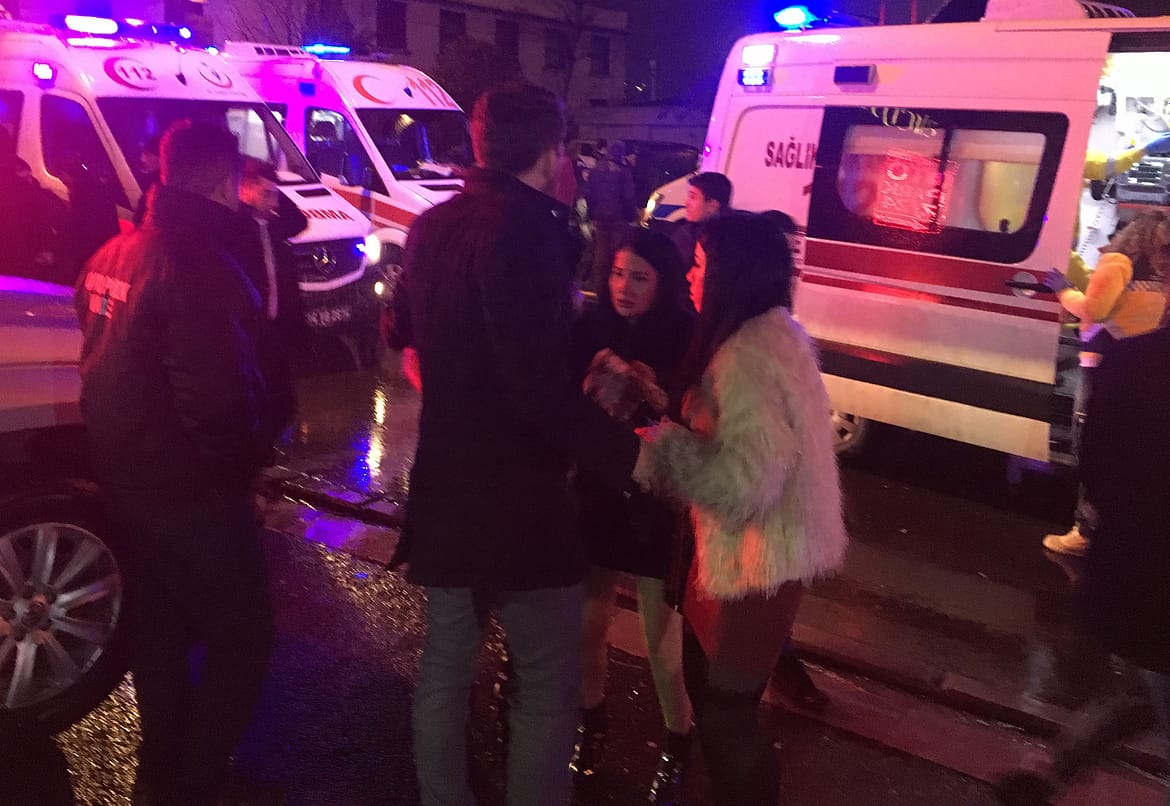 The latest on the attack…

A gunman opened fire as many celebrated the new year at a night club on the shores of Istanbul’s Bosphorus waterway on Sunday. At least 39 people were killed, including many foreigners.

The attacker then fled the scene.

What we know so far:

– Around 600 revellers were in the nightclub when the gunman opened fire.

– The Islamic State group (IS) have claimed responsibility for the attack and said in a statement that it was carried out by “a heroic soldier”.

– The assault lasted seven minutes, starting with a security guard and a travel agent who were near the entrance of the building, both were killed.

– It’s reported that the gunman changed clothes when he fled the scene.

– Around two-thirds of those killed were foreign, according to local media

– Officials have said around 69 people are being treated at a local hospital and three are in a serious condition.

– Turkish police have launched raids in Istanbul and have arrested 12 people.

– Police have released images said to be of the suspect but have not yet named him.