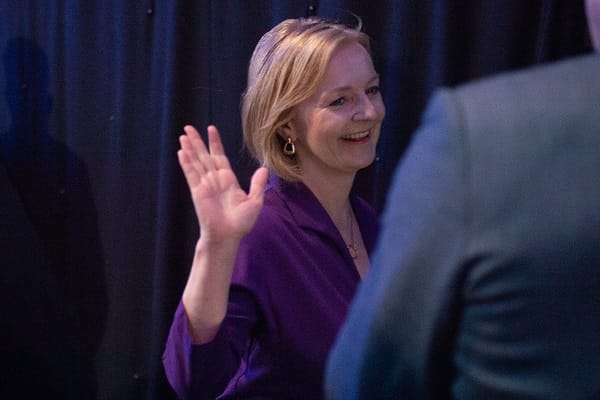 Liz Truss has been told by people in her own constituency that she is “delaying the inevitable” and she has to resign.

Yesterday the CEO of one of the world’s largest independent financial advisory organisations warned that Jeremy Hunt’s emergency measures to calm financial markets “will only work temporarily.”

Nigel Green of deVere Group said, “Jeremy Hunt has ripped up almost every policy on which Liz Truss was elected just weeks ago to lead the Conservative Party and become Prime Minister.”

Shadow chancellor Rachel Reeves said the UK is a “global laughing stock” and the country has “lost its way” under Truss.

She told BBC Breakfast, “It is not enough just to get through – we should be thriving and leading the world as a country.”

Now residents in her South West Norfolk constituency who are Tory voters have warned the Prime Minister that the game is up, she is “out of her depth.”

David Cain, 63, from Downham Market told Sky News, “I think she’s out of her depth, really. I think they’re just delaying the inevitable. I think she’s going to have to resign.”

Cain added that Truss should not be leading the Conservative Party into the next general election, because “She’s not capable of the job” and warned that he would not “bother voting at the moment” if there was an election.

Another constituency member told the broadcaster that Truss has “lost of plot” and said he does not know if the Chancellor is “the guy for the job.”

Gordon McInnes, from King’s Lynn, said, “The woman’s lost the plot and we’re going to suffer for some of the stupid U-turns that have been put upon us now.

“Jeremy Hunt, I don’t know if he’s the guy for the job.

“He’s probably better than Truss but I don’t think the NHS would be where they are now mess-wise if it wasn’t for Jeremy Hunt.

“I would like to see a general election tomorrow, not that I think Starmer has got any fresh ideas. It’s just a joke, it’s a joke.”