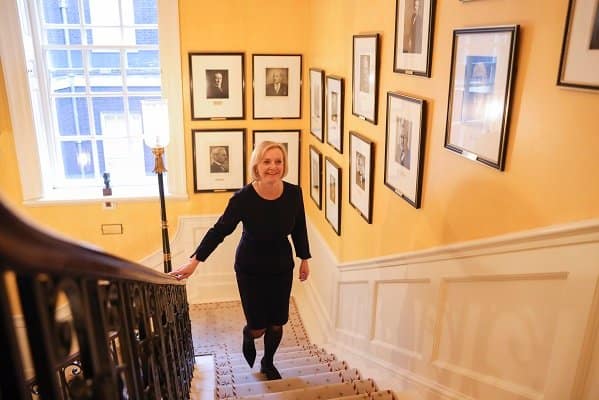 A senior Minister has warned Liz Truss that she cannot afford to make any more mistakes as she is clinging on by a thread.

Truss apologised last night for her mistakes and the Prime Minister declared she intends to lead the Tory Party into the next General Election.

The Armed forces minister James Heappey said on Tuesday, “She’s very much our Prime Minister and, for what it’s worth, I think she’s doing a good job.”

He told Sky News given “how skittish our politics are” currently, “I don’t think there’s the opportunity to make any more mistakes.”

He told BBC Radio 4’s Today programme, “The idea that there is somebody who could emerge and behind whom everybody in the parliamentary party and our membership unites, and the country forgets about everything that has happened for the last 15 months or so and we’re just allowed to get on with it, I just don’t think that is the case.”

Shadow chancellor Rachel Reeves said the UK is a “global laughing stock” and the country has “lost its way” under Truss.

She told BBC Breakfast, “It is not enough just to get through – we should be thriving and leading the world as a country.”

In a BBC interview on Monday night, Truss admitted to and apologised for the “mistakes” that was made over the mini-budget which saw Kwasi Kwarteng being sacked.

The Prime Minister said she has “adjusted what we’re doing” after the fiscal policies spooked the markets which saw the pound fall to a 50 year low.

Truss said, “I do think it is the mark of an honest politician who does say, yes, I’ve made a mistake.”

Truss told the BBC that she wanted to “accept responsibility and say sorry for the mistakes that have been made.

“I wanted to act… to help people with their energy bills, to deal with the issue of high taxes, but we went too far and too fast. I’ve acknowledged that.”

Truss then said that she will not resign and she is “sticking around” because she was “elected to deliver for this country.”

She added, “I will lead the Conservatives into the next general election.

“I will stay in the job to deliver for the national interest.”